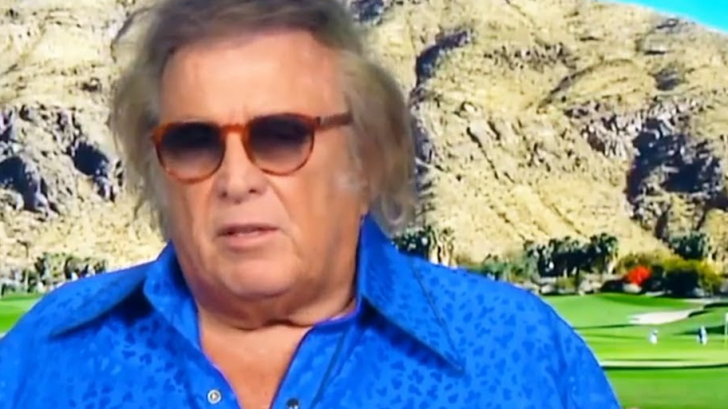 Everything seems to indicate that the interview that Jackie McLean gave last June to Rolling Stone magazine and in which she referred to the alleged violent character of her father, Don McLean, was more expensive than she imagines.

The singer of the hit “American Pie” made this decision after Jackie broke the silence to denounce that throughout her childhood she lived in a constant state of terror.

This was due to the alleged “outbursts of rage” from her father, whom she supported with her brother Wyatt and her mother Patrisha, the musician’s second wife. American singer Don McLean separated from Patrisha in 2016 after he was arrested for domestic violence after an argument between the two.

Don McLean has announced his decision to remove Jackie, who is also a singer, from his will in a statement to the Daily Mail in which he maintains that he has always been a wonderful father, which could be proved from his other son, according to his testimony. He has also assured that until recently he spent between 30 thousand and 50 thousand dollars a year to his daughter to guarantee the well-being of his grandchildren.

“I stopped supporting my daughter last year,” Don told the Daily Mail. “I have a son (Wyatt), you know, who grew up the same way, who thinks I’m a great father and who has none of these complaints. But I said to my daughter, ‘If you speak out about me and trash me, I’m going to disinherit you.’”

'I’m not squandering my fortune on my girlfriend' – Don McLean hits out at claims partner is a ‘gold digger’ https://t.co/PVe8A6HD8F pic.twitter.com/nNwhuagCV6

Don McLean also offered a different version of the facts about the accusations of mistreatment that marked his divorce from Patrisha, assuring that it was he who suffered all kinds of aggression before the end of their marriage and has boasted the relationship that he currently has with a 27-year-old model.