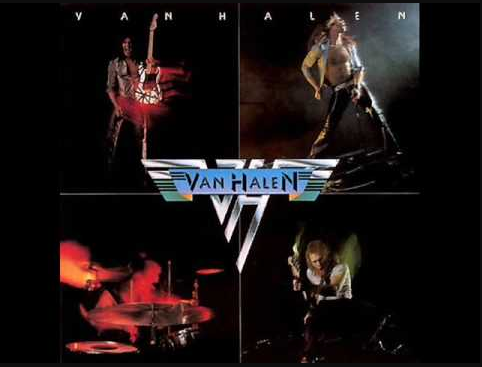 When Van Halen released their self-titled debut album, they change everything — released in 1978, signaling the rise of shredding guitars.

“When I heard the sound of Eddie’s guitar, just the pure sound he made, it was magical,” says Testament’s Alex Skolnick. “I never knew a guitar could sound like that. It just kind of reached out and grabbed me like nothing else had before.”

Not only Alex Skolnick, but the rest of the world was shocked when Eddie Van Halen changed the approach in playing the guitar instrument.

Overall, Van Halen was the new sound that everyone was looking for at the time, and now it remains timeless. A breathtaking album that changed a lot of people’s lives, especially guitar players. Setting a new generation of rock music and young players took it and devoured it.

But how do you follow such an incredible album? Well, it all comes down in making a part II, and that is where Van Halen II comes to play – released in 1979.

There is little or no difference between these two albums. Both sounded fresh, loose, and of course, full of energy. That’s how you follow up.

They follow up an album that changed the face of music, by repeating and furthering the change. Van Halen II was somewhat lighter on the band’s moments, it didn’t achieve what the debut had.

“They had so many facets to what they did,” says producer Ted Templeman. “They were always trying to evolve. I liked jazz guys like Jaco Pastorius and I would turn them on to what I liked, and I played them jazz.

“Eddie Van Halen wanted to do something different all the time, he wanted to keep moving. He’s one of the most creative guys I’ve ever met in my life. Ed was always reaching for something else.”

Van Halen II was an enjoyable album that brings back a lot of memories and provided us the best two radio hits from the album Dance The Night Away and Beautiful Girls.

It’s hard to judge this album and compare it to the debut — Van Halen II is a great album in its own right: a straight forward album.