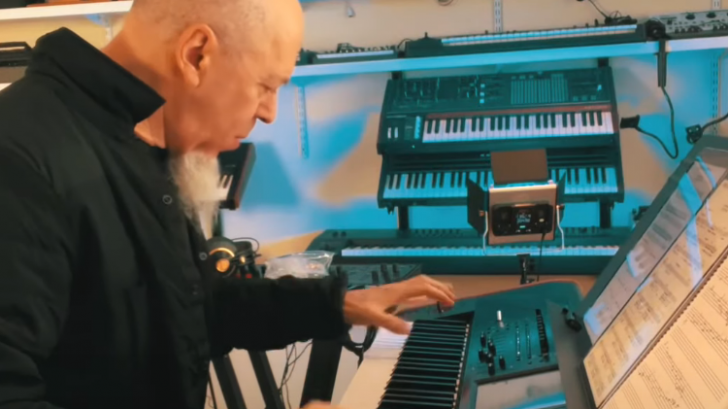 Last week ended with the sad news of the death of the great Meat Loaf, an artist who has left a deep mark on the world of rock, as we could see with the number of reactions that came after learning of his death. Among those who had an interesting story to remember with Meat Loaf is Jordan Rudess, the keyboardist of Dream Theater, who has shared his memory of how he applied as a keyboardist for the band led by the long-awaited vocalist.

Rudess writes in the description of the video,

“In the late ’80s, I was asked to audition for Meat Loaf. I had about a day to prep. We didn’t have streaming services and couldn’t access sheet music on Google in those days. So I ran out and bought a few Meat Loaf CDs and transcribed the songs I needed to learn for the audition. I practiced a few songs from Bat Out of Hell and some other Meat Loaf hits and felt fairly prepared walking into the room.”

“We were kind of broke at the time and this job, besides being super cool to play with Meat Loaf and his excellent band, could provide much needed financial relief,” he continues. “I’m thinking, ‘I nailed it. It’s going to happen.’ After the audition, Meat Loaf turns to me and says, ‘Man, what is someone as talented as you doing auditioning for a fat fuck like me? You belong in Carnegie Hall, not on my stage.’ I didn’t get the job, but that’s OK. Other good things were about to happen… RIP Meat Loaf.”

The opportunity to once again enjoy the quality of Jordan Rudess and his colleagues will come with the presentation concerts for the new Dream Theater album, two dates scheduled for April 30 at the Palacio Vistalegre in Madrid and May 1 at the Cubec Bilbao, both with Devin Townsend as a luxurious opening.