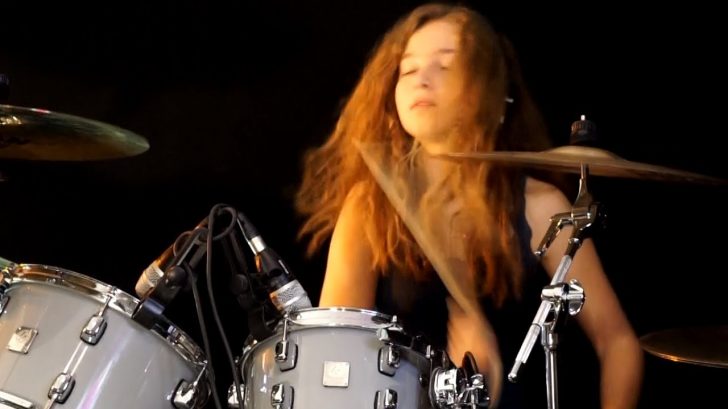 The term “YouTube drummer” is increasingly becoming a striking format. Behind this is a young playing culture that finds its creative form of expression in drum cover videos. The young drummer Sina Doering is very popular. With her saddle-tight drum tracks and over 1.24 million subscribers, she has earned her celebrity status as Germany’s most successful YouTube drummer.

For Sina Doering (20), playing the drums is both a job and a passion. She also powers in a 70s style hard rock band. But at the epicenter of their success are the YouTube drum cover videos, which, interestingly, are not trimmed for sensationalism, but rather follow the sensuality of proven rock classics.

One of her most incredible drum covers was Queen’s greatest hit, “Bohemian Rhapsody.”

In her caption, the drummer said, “My Tribute to Freddie Mercury and Queen. Hopefully, I did it justice. The holy grail of Rock! I also want to express my deepest respect for Roger Meadows Taylor, the genius responsible for this wonderful drum part and all his other drum parts which I love so much.”

She surely has a lot of admiration for Freddie Mercury and the Queen’s drummer, Roger Taylor.