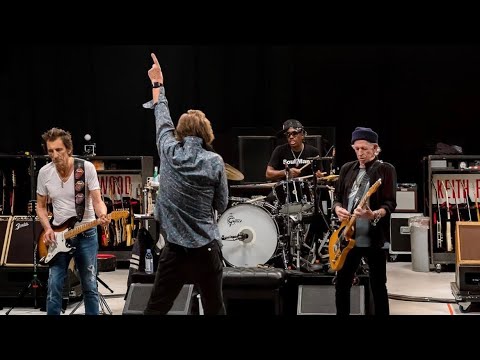 After the recent death of Charlie Watts, the Rolling Stones have a new member: a great friend of Keith Richards and lover of the Beatles

“Well, you know, as a kid you had to make the choice: you couldn’t be a Beatles fan and a Stones fan,” Jordan told Vanity Fair in a recent interview. “So I chose the Beatles. And for the longest time when I started working with Keith, I couldn’t have him over to my apartment, because it was like a Beatles museum! Which I guess was a little strange – like, I’m in my 20s so maybe I should be growing up a little bit!”

On August 23, music in general and the Rolling Stones, in particular, said goodbye to a great rhythm builder, an essential drummer who died at the age of 80. Charlie Watts was a member of the rock band from 1963 until the end of its days, his participation being so essential that Mick Jagger and Keith Richards themselves came to assure that Watts was the true leader of the group.

However, he left them soon, so the Rolling, tireless in their conviction to continue touring and concerts, have had to look for a replacement.

And here comes Steve Jordan, a 64-year-old musician from New York who will wear Watts’ loafers on the “No filter tour”, which started in Saint Louis (United States) and which will pass through stages in Dallas, Atlanta, Los Angeles, or Las Vegas.

Jordan is not new to the band, but has always had a star relationship with the Rolling. In fact, Watts himself, when he announced that he could not go on tour due to his delicate state of health, remarked in a statement that “I have asked my great friend Steve Jordan to replace me”, to which he replied that “there will be no no one happier than me to give up my seat on the drums as soon as Charlie tells me it’s okay to come. ” However, the loss of Watts has caused Jordan to take up his position full time.