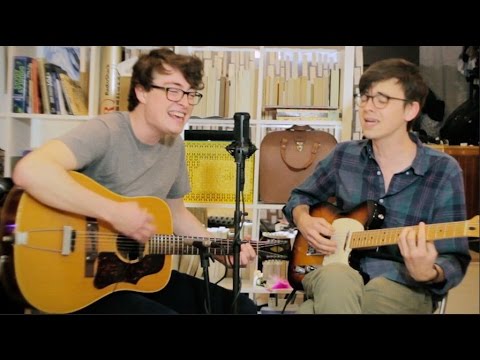 The Other Favorites is a project by Carson McKee and Josh Turner. Perhaps best known for their performances on YouTube, which have garnered millions of views.

Due to the close harmonies of the two, the work of the virtuoso acoustic guitar, and the music’s eclectic influence, The Other Favorites perform internationally and have independently released two original music albums and one live album.

In the video below, the duo covered Take It Easy by the Eagles, they created a perfect mix of voice and music. You can see and hear the friendship that these to have performing the song, they are great together.

Turner and McKee have worked together for 14 years. After learning about the eighth-grade talent show, the couple began playing in their hometown of Charlotte, North Carolina with their friend and mandolinist Cole Gage. Turner, McKee, and Gage began recording and posting videos in the early days of YouTube, and in 2007 they followed the “Wagon Wheel” video online. They released their first album, Novelty, in 2011, and they continued to search for ways to make music together, eventually moving to universities in three different states.