Musical gear once used by Eddie Van Halen and Prince were purportedly stolen from a Nashville storage locker earlier this month.

Clark last attended his unit — at iStorage beside Andrew Jackson Parkway in Hermitage — in late October. He returned on Dec. 3 to obtain a new lock on the unit. After removing the lock with bolt cutters, Clark told he found the 20 Marshall 4×12 cabinets gone, among other items.

“When I opened that door my heart just sank,” Clark said.

The Marshall cabinets were used by late guitarist Eddie Van Halen on the band’s 5150 and Monsters of Rock tours in the 1980s and used by Prince on studio recordings in the ’90s, Clark said. 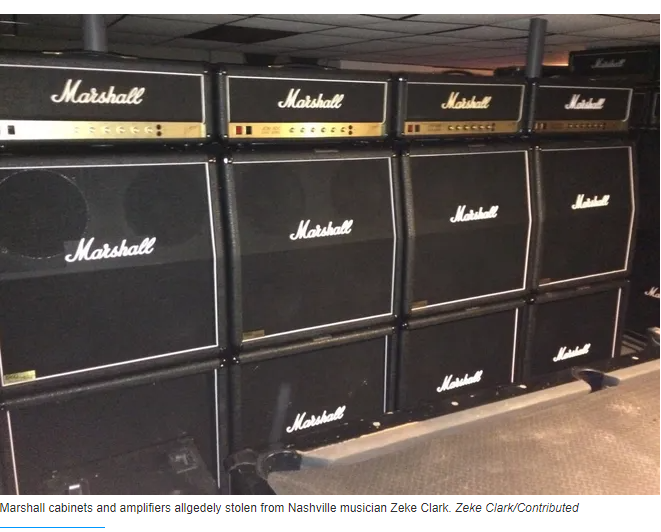 Stolen boxes of tour collectibles are ranging from Poison jackets sold in the 1980s to current Chesney t-shirts. Other items stolen include power generators and a gas-powered scooter.

“This stuff means the world to me,” Clark said. “This is part of my life. This is my history. … I just want to get it back.”