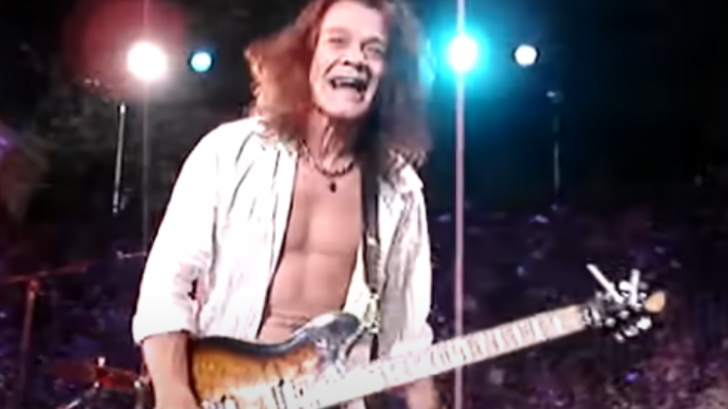 It’s fascinating to watch Eddie’s renditions of classics, and I’m sure there will be more. It’s a tribute to the music that drove him, motivated him, ignited his soul, and thrilled him. He’s unrivaled in his excitement, with a perpetual grin on his face. It’s clear that music was his first language. Even when he’s in ‘party mode,’ he’s a savage on the guitar.

For those of us who strive for a semblance of joy and pleasure in our lives, EVH’s guitar playing served as a model. He flourished 100 times longer in his 65 years than we mere humans can conceive.

In this video, the band was playing Rebel Yell by Billy Idol but Eddie was performing Ice Cream Man, Hot for Teacher, Panama, Eruption, or anything the F he felt like. But hey, he’s Eddie Van Halen, so he can do anything he wants.

Even though Eddie is visibly wasted, he plays much better probably 98 percent of the other guitarists out there.