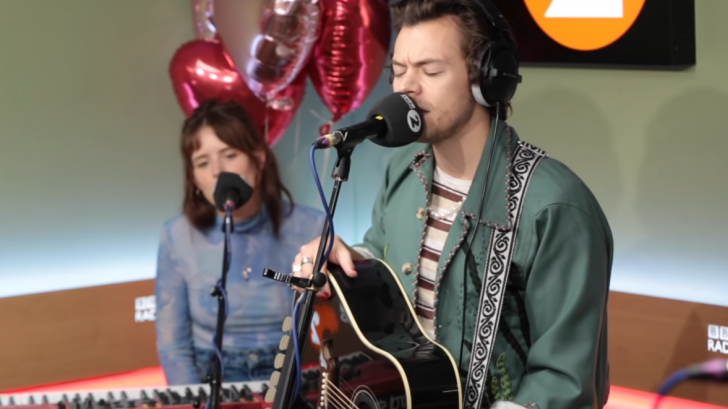 He performed the song in such of a Mitchell’s faithful anthem, right down to the “ooh-bap-bap-bap” backup singers and the California singer’s provided a heart warming laughter at the end of the song.

In Styles’ Rolling Stone cover story last year’s August he described Mitchell as one of his two favorite acts which includes Van Morrison, going so far as to go on a “quest” after hearing his classic album, Blue. “I was in a big Joni hole,” he says. “I kept hearing the dulcimer all over Blue. So I tracked down the lady who built Joni’s dulcimers in the Sixties.”

Recently, Styles appeared on a segment of The Late Late Show, doing a salsa dance with the host, James Corden’s parents in Miami during the Super Bowl. Styles was originally scheduled to play in Miami during that weekend in conjunction with the game, but it was cancelled due to severe thunderstorms. He did get to perform with Lizzo at Pandora and SiriusXM’s show, and performed, her song “Juice.”