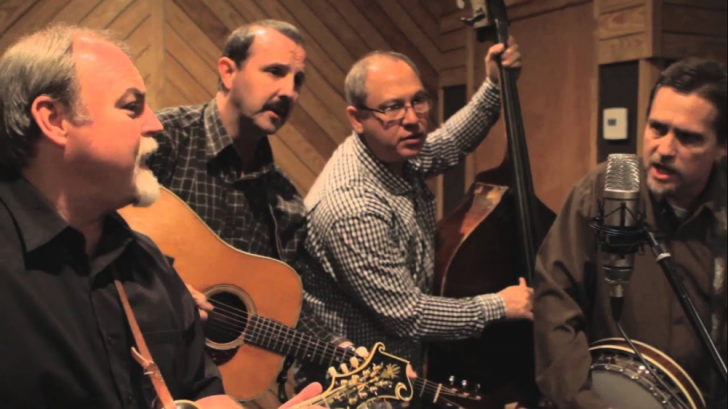 Enter Sandman was the first single from Metallica’s Black Album, a successful album that sold 15 million copies worldwide and increased the popularity of the group. The single reached gold record status in the US by selling more than 500,000 copies.

The song garnered critical acclaim and has since been a part of all the band’s live albums and DVDs released since then. It has also been performed at award ceremonies and charity concerts. Motörhead’s version of the song was nominated for a Grammy Award in 2000.

The single has been covered countless times — by different metal bands (notably by Motörhead) and also by Weird Al Yankovic, Pat Boone, and the bluegrass band called Iron Horse.

Formed at the record capital of Muscle Shoals, Alabama, Iron Horse features Tony Robertson on mandolin, Vance Henry on guitar, Ricky Rogers on bass, and Anthony Richardson on banjo. The group has definitely taken incredible risks along the way.

There’s no possible way to spell out “metal” without Metallica. For almost four decades, the thrash legends set the platinum standard for high-velocity fierceness, with their killer guitars, machine-gun drumming, and in-your-face anecdotes of society’s untouchables. Brilliantly undoubted musicians, Metallica has overcome critics and fans to accept and eventually to love their trademark of hard-thrash rock. Their songs have become masterpieces, driven by riffs that fasten to the interiors of our crania, long after we’ve finished the eject button in a convulsion of metalized pleasure.

Beyond the metal storm rides Iron Horse, the Alabama musicians with the desire to match Metallica song for song, “Enter Sandman”, on Bluegrass Style.