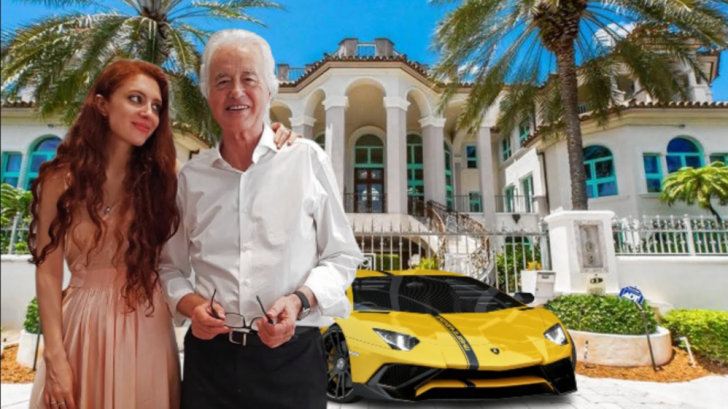 Jimmy Page is considered one of the best guitarists in the world. After serving in legendary groups like The Yardbirds, being a founding member of Led Zeppelin, and collaborating as a session guitarist with bands like The Rolling Stones, The Who, The Kinks or with other great guitarists like Eric Clapton, he has shown his virtuosity to the strings leaving memorable moments, like the guitar solo in the song “Stairway to heaven”.

Page, who turned 76 in January, has spent the past few years looking back. Not just back to the glorious days of Led Zeppelin, but back to the time when he first discovered the instrument that changed his life and the lives of millions of listeners. He recently published Jimmy Page by Jimmy Page, a 500-page “visual documentary that reflects my contribution to music,” illustrating his career from getting his first electric guitar to the way he received the Kennedy Center Honors from Barack Obama After becoming known as a music hotshot, Page joined the Yardbirds, creating Led Zeppelin from the ashes of that pioneering band before taking over the world and redefining the parameters of rock. Rare photos in the book show Page, Robert Plant, John Paul Jones, and John Bonham performing as The New Yardbirds in 1968.

As for the experience of assembling photographs of his entire mythical life for the book, Jimmy Page says there were no big surprises.