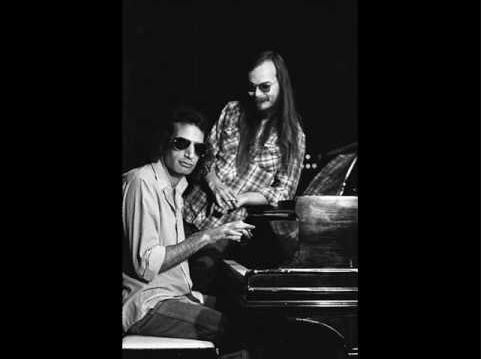 Are you familiar with the sex toy from the novel called ‘Naked Lunch’ authored by William Burroughs? It was the novel that inspired Donald Fagen and guitarist Walter Becker to name their band Steely Dan. It’s one of the band’s amusing facts.

Fagen and Becker, before forming their band, they were once jazz fans who had no interest in rock n’ roll, but when the Beatles what at their peak, Fagen and Becker were inspired by them. For Fagen, it was ‘Ticket to Ride’ and for Becker, it was ‘Norwegian Wood.’

Fagen and Becker met at a college they both attended upstate, the Bard College in Annandale-on-Hudson, New York. The place, the school, and the town were their inspirations to write the song, “My Old School.”

The actor and comedian, Chevy Chase who attended the same college played drums in Becker and Fagen’s group called, the Leather Canary.

Becken and Fagen surely had a rough start, in the late 60s’, they toured with Jay and the Americans as the keyboard and bass players for the group.

In the late 60s’, they were working in New York’s Brill Building writing music, and the first song that Steely Dan had written and recorded for Barbra Joan Streisand was, ‘I Mean to Shine.’

Michael McDonald joined Steely Dan in 1975, he provided the band’s back-up vocals and keyboards. He did his job great, Fagen decided to make him the lead vocalist for the band because Fagen never felt comfortable as the lead singer, and found Michael McDonald as the one who was fitting to take the lead with his “smirky feel.”

These are all the lesser-known facts that defined the band’s long and fun career, and these lyrical geniuses helped defined a decade of rock n’ roll.

What about you? Do you have your own story of Steely Dan?