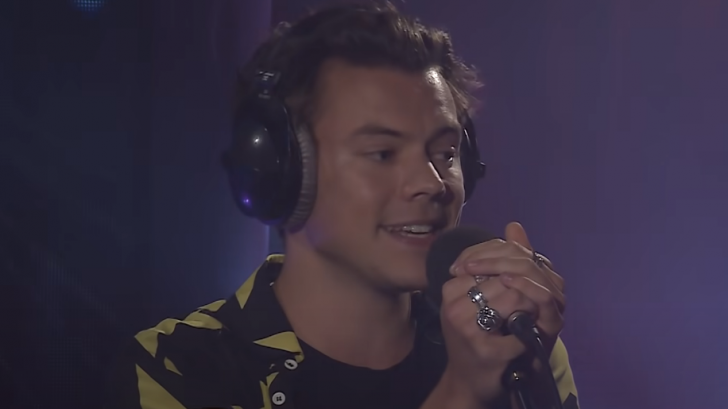 The song that Harry Styles covered is “The Chain”, originally published in 1977 on the Rumors album, being one of the most outstanding songs on this album, despite the fact that it was not part of the promotional singles such as “Dreams” or ” Don’t Stop”.

Harry Styles has never hidden his admiration for Fleetwood Mac and had invited singer Stevie Nicks to join him on stage during a 2017 concert in Los Angeles. Very honored to sing a duet with her, the young man had literally burst into tears at the end of that performance.

He dared with a version of ‘The Chain’ and the result was more than decent and demonstrates Styles’ good musical taste.

Over the years this song has been covered by other artists such as Florence + The Machine at the 2010 Glastonbury festival or at the Summer Stampede festival with Mumford & Sons, Vampire Weekend, Haim and Edward Sharpe and the Magnetic Zeros, all together on stage.