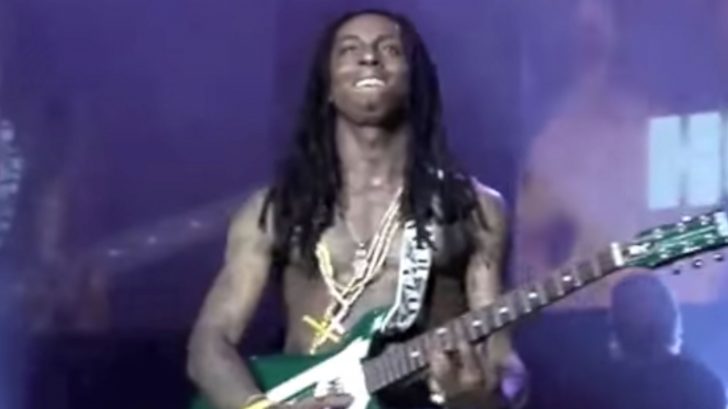 You gotta leave the instruments to the actual musicians, man! C’mon. Here we see rapper Lil Wayne trying to perform a guitar solo. We’re not sure if he’s serious or just trolling everyone, but by the looks of it, it seems he actually thinks he’s playing a solo and trying. This will help you appreciate classic rock as musicians actually had to be talented to play something and not just use software and autotune to make music like rappers and most pop stars do nowadays.

He is very successful as a rapper and we’re not arguing that, but when you think you’re rockstar just because you pick up a guitar, you’re not.

And let’s be honest, this is just too painful to watch. You think about those great musicians you find on YouTube and how no one has signed them up yet and then we see this. It’s a pretty weird world.

Some say the problem is his guitar tech. But we beg to disagree. He just doesn’t know how to play, period. Anyone who tries to defend him, unfriend those people. You don’t need that kind of negativity in your life. Besides, he already admitted he knew how to play only one song.

Lucky for him, he had a few lessons with Willie Nelson. But even that couldn’t save him from this disaster. The lesson here, ladies and gentlemen, is to stick to what you know and don’t torture the audience by forcing them to listen to horrible music.