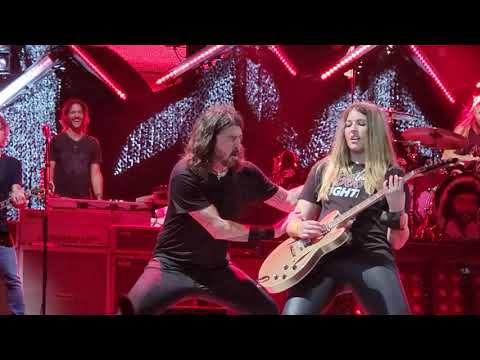 The Foo Fighters invited a fan on stage to perform Dave Grohl’s guitar part in ‘Monkey Wrench’ during their concert in Kansas last week. Check out the images taken by fans of the moment below.

While some bands like The Offspring have removed members for not getting vaccinated, and others like Limp Bizkit have decided to cancel tours and more, the Foo Fighters are celebrating the return of massive shows left and right.

After closing Lollapalooza 2021, the band continued their batch of dates by heading to the Azura Amphitheater in Kansas, where Dave Grohl decided to invite a fan to the stage to perform one of the band’s favorite songs. band: “Monkey Wrench.”

The invitation is not unusual for the Foos, as they have been bringing random people onto their stages for years to perform alongside them. The best? After a year and a half of pandemic crisis, to see that musicians are reviving old traditions of the pre-covid world is simply hopeful.