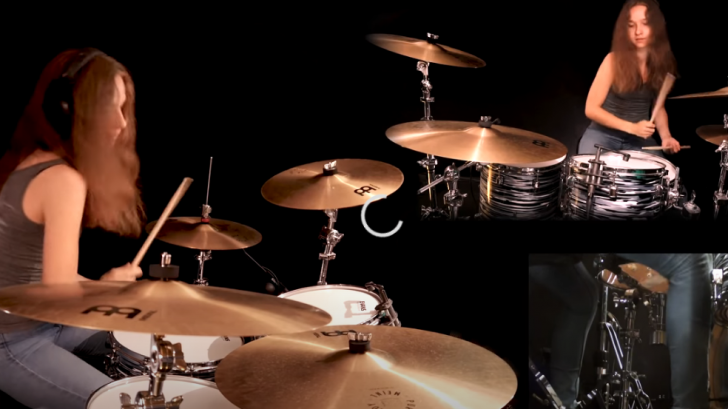 With ‘Fortunate Son’, Creedence Clearwater Revival created an anti-war anthem, launched its cry against the Vietnam War, and criticized the upper social class that managed to get rid of participating in this conflict by being born in a good birth.

‘Fortunate Son’ was not only criticism against the war but also an a rock anthem at the time and on the top of the pyramid of a stratified society. One of the best songs ever created for as classic rock fans, and this drummer who goes by the name, @sina-drums took the song to another level with her drum cover.

In the comments, people who watched her cover, applauded her like they didn’t want her to stop covering. One YouTube commenter said:

Nicely done Sina! Just flawless! You looking so incredibly fabulous with the CCR drumming! I always love the sweet Sina bow at the end of your videos. CCR kept it sounding very real with their music & lyrics. Your video performance was just that. You know how to capture a song & become one with it. You truelly rock!!

She definitely played with such vigor and energy. Love. And this is one of our favorite bands. And this song too. Congratulations.