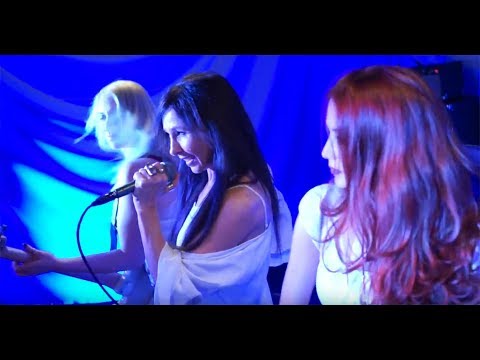 The incredible all-female American Hard Rock tribute group ZEPPARELLA was established in 2005 in San Francisco, California, by the group’s drummer Clementine. It is undeniably a unique instance of a tribute band in which, in addition to playing songs of the renowned LED ZEPPELIN, they also write their own music.

Anna Kristina, Gretchen Menn, Nila Minnerok, and Clementine were the group’s founding members. Miaya Shambry and Angeline Saris took over as the bass player and lead vocalist, respectively, in 2011. Noelle Doughty took over as the lead vocalist shortly after. After a while, Angeline Saris chose to quit the band since she had several commitments, and Holly West took her place. In 2017, Anna Kristina returned as the band’s main vocalist.

In 2014, Zepparella issued a studio album with the same name and 10 tracks. and three live CDs, including Live at 19 Broadway in 2005 and A Pleasing Pounding on WhatAreRecords. 2010. Live at Sweetwater became accessible in 2016.

The song “Kashmir,” which was written by Robert Plant, Jimmy Page, and John Bonham and appeared on Led Zeppelin’s sixth album Physical Graffiti in 1975, is covered below by the all-female Led Zeppelin tribute band Zepparella.