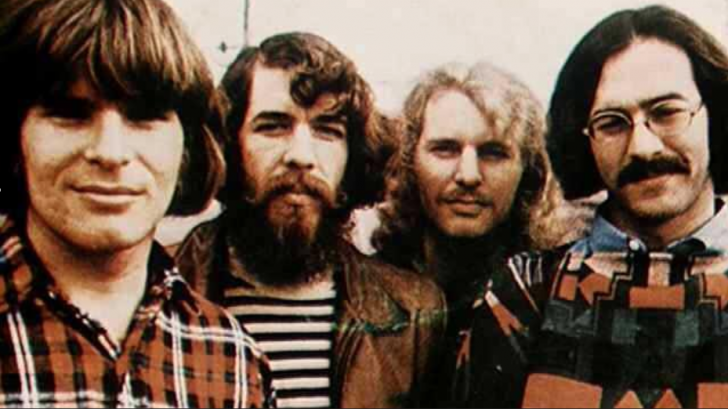 And It Only Took How Long?

It’s only taken a few decades, but at long last it looks like the impossible has happened: Creedence Clearwater Revival have begun to patch things up.

John Fogerty had taken control of the band both financially and musically, suggesting that a “democratic process” would put their success in jeopardy; frustrated, Tom exited Creedence in late 1970, more than two years before his bandmates followed suit, and died in 1990.

With issues including lawsuits, countersuits, public digs at each other in the media and Stu Cook and Doug Clifford’s offshoot Creedence Clearwater Revisited, it’s no wonder that for years the band’s surviving members never wanted to reunite.

Fogerty, who was unable to repair the damage to his relationship with Tom before his death, has always kind of expressed interest in at least entertaining the possibility of reuniting with Cook and Clifford, saying in 2013, “From time to time, I’ll say something and it’ll get in print that maybe that will happen, and then immediately I’ll hear back stuff that doesn’t sound like it’s possible. … I think it’s a possibility in the future, you know. It’s not something I’m actively seeking, but I’m not totally against the idea either.”

His bandmate Doug Clifford, however, felt differently – ruling out the possibility in 2017 by stating, “It would have been great 20, 25 years ago. It’s way too late now.”

Now, the tide has turned. Stu Cook has revealed that he, Fogerty, and Clifford have managed to move past their decades long differences, beginning the long process of patching up old friendships and hurt feelings after far too long.

They’ve established a joint venture to market and remember the original incarnation of Creedence Clearwater Revival. Earlier this week, he told Billboard that “We’re not sniping at each other anymore. We’re focused on the good things about Creedence, which is where I think we should be.”

If the good vibes continue to flow between the surviving band members, there’s a very real possibility that fans will get to see the release of their Woodstock performance footage, which never made it into the 1970 documentary or onto the corresponding soundtrack, much to the great sadness of fans who’ve long hoped to relive the magic of that night.

So many bands that suffered a falling out never had the chance to mend fences – Creedence Clearwater Revival did and they ran with it, and we couldn’t be happier. While we wouldn’t hold our breaths for any kind of musical reunion at any point, the fact that they’re able to coexist peacefully and on a friendly level is more than enough!