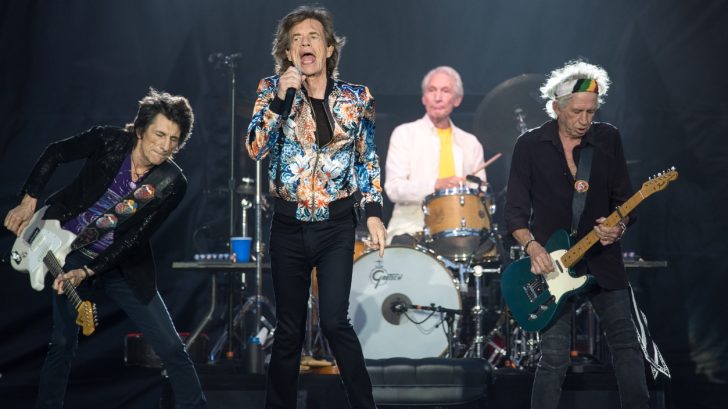 The Time Has Come!

Well folks, the long wait is finally over. After waiting for what feels like a lifetime, the Rolling Stones have announced a limited run of North American tour dates that’ll commence Miami Gardens, FL on March 20th and conclude in Chicago, IL on June 21st!

The Stones No Filter US Tour

The Rolling Stones have just announced details of their No Filter US Tour 2019 and will be playing the following US stadiums next Spring/Summer! ??There will be a special fan pre-sale on Wednesday 28th November at 10am (local time) via rollingstones.com/tour. If you want access to the pre-sale then enter your details here: https://the-rolling-stones.lnk.to/PresaleFP by 9am EST on Tuesday 27th November and you will be emailed a code the day before the pre-sale begins.Tickets go on general sale on Friday 30th November at 10am (local time). To ensure you receive all communications make sure you add do_not_reply@inbound.vice-versa.info to your contacts and safe senders list. APRIL 201920 – Hard Rock Stadium MIAMI, FL24 – TIAA Bank Field JACKSONVILLE, FL28 – NRG Stadium HOUSTON, TXMAY 201907 – State Farm Stadium GLENDALE, AZ11 – The Rose Bowl PASADENA, CA18 – Levi’s Stadium SANTA CLARA, CA22 – CenturyLink Field SEATTLE, WA26 – Broncos Stadium At Mile High DENVER, CO31 – FedExField WASHINGTON, DCJUNE 201904 – Lincoln Financial Field PHILADELPHIA, PA08 – Gillette Stadium FOXBOROUGH, MA13 – MetLife Stadium EAST RUTHERFORD, NJ21 – Soldier Field CHICAGO, IL

Posted by The Rolling Stones on Monday, November 19, 2018

For about a week now, the Stones have been teasing this tour with cryptic images and videos of a sun in the form of their tongue logo rising over the Statue of Liberty. Fans were almost 100% sure that these teasers were indicating the long-rumored tour. And sure enough, just a few days later, the band made it official.

Below are the official tour dates.

As I said before, these dates are of a limited run, but chances are that if the tour is successful, which it most likely will be, then more dates will be added. So now is the time to get excited!