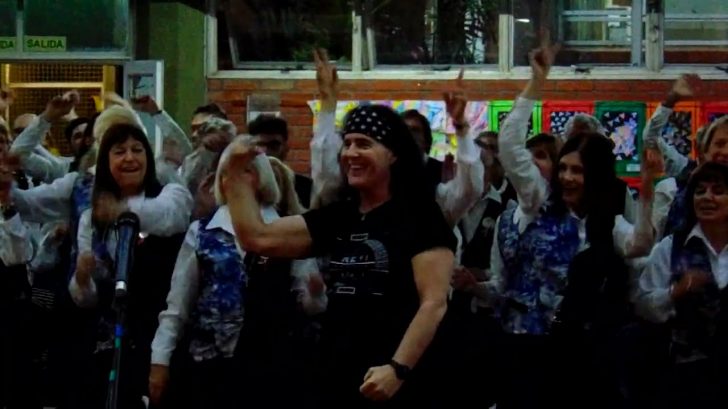 In a video that surfaced earlier this month, original AC/DC lead vocalist Dave Evans sings the band’s classic song “Highway to Hell” with the assistance of a big Argentinian choir.

The Nov. 3 video depicts a live session arranged by the Kennedy Choir, the school’s distinctive singing group, with assistance from Chrystal Records. According to Classic Rock, it represents a massive karaoke session hosted by the former AC/DC member. The intention is to have more choirs from across the world add vocals to the performance of “Highway to Hell.”

Evans made a statement on ACDC’s tenacity five years ago.

“I like the fact that the brand is still out there,” he commented in 2017. “That’s all it is these days — it’s just a brand. [Guitarist] Angus [Young] is the only original member left, and a lot of the others are all gone, too.”

“[AC/DC] were always ambitious when we first started. We always wanted to be the best in the world — all of us. And after me, Bon Scott got his chance. He did great with the band.”

Evans headed the rock group Rabbit in the 1980s after his tenure with AC/DC before striking out on his own with a solo career. Visit Evans’ official website at daveevansrocks.com to learn more about the bluesy solo song “Who’s Gonna Rock Me,” which he launched last year.