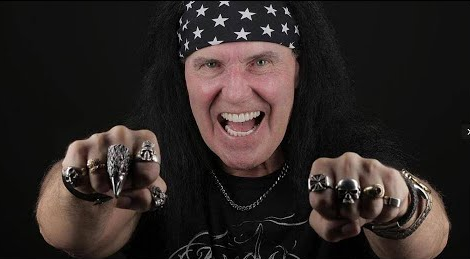 More than four decades after his passing, Bon Scott remains one of the most admired, remembered, imitated, and loved rock icons, although the road to the top is long, as the song says, and one of those who were there in the moment in which the legendary AC / DC vocalist began to put his throat at the service of the band has told his version of history and the moment in which the opportunity came to who would later be “irreplaceable” for Angus Young.

Dave Evans, who recently gave an interview with New Zealander DJ Grant of Galaxy 107FM in which he looked back to illustrate his feelings after seeing his position taken by Bon Scott.

“You’ve gotta remember that Bon Scott did a lot of the songs that I already did, like ‘Baby, Please Don’t Go,’ we already did that. That’s the song that I got Angus upon my shoulders, and, of course, he used to watch us doing our show, so he copied that. I understand that he copied what I was doing. And the songs too, and re-recorded them and re-wrote the lyrics to some of the songs that I had already put down. But he was told to do that.

I know that he was under instructions to do this, so I don’t really hold it against Bon Scott for that, because when he joined the band, he was washed up at the time, and he got a great chance to do something, and he did too. He did a great job, but his lifestyle just let him down.”

You can watch the interview below: