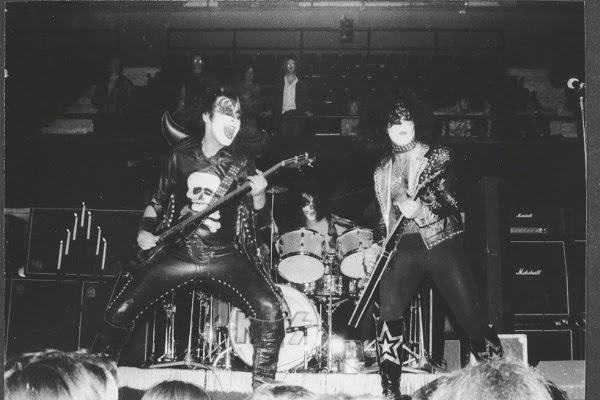 Would you believe that rock legends KISS only had about ten people on the audience during their first ever show? Well, we could definitely say they started from the bottom. More than four decades ago, on January 30, 1973, KISS performed at the Popcorn Club (now known as Coventry) in Queens, New York. The band played two sets for a $50 paycheck. As seen in the video, the band’s signature look of face paint and leather were still in the works. Gene Simmons says that they were still testing their look but had the goal of putting together a band they have never seen onstage. Members of their first ever gig included Simmons, Paul Stanley, Wicked Lester, Ace Frehley, and drummer Peter Criss.

Simmons got the gig after their first manager quit, saying that KISS’ music was “the worst crap he ever heard” to which prompted Simmons to cold-call the Popcorn Club, and tried to convince them to hire the band.

This is where the beginning of history all started. The band would eventually build up their image and reputation in the coming years.