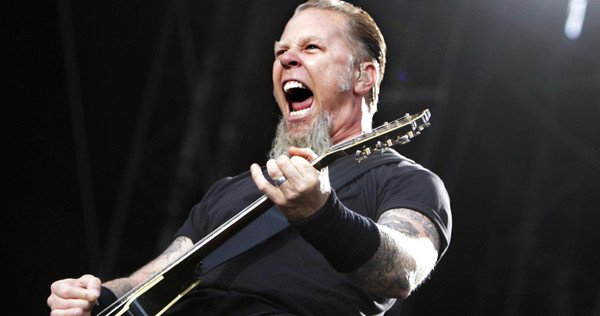 Oh, Wait, James Hetfield In A Movie? How Did This Happen?

The director took to his Instagram and shared the first photo of James Hetfield first dramatic role.

Zac Efron will play the lead role as the infamous serial killer in the biopic movie that will tell the real story of Ted Bundy the serial killer, kidnapper, rapist, burglar, and necrophile.

Hetfield’s role will not just be for nothing, he will play as the Utah highway patrol veteran Officer Bob Hayward in the movie who arrests Bundy on suspicion burglary only to discover he might hiding some more gruesome crimes under his sleeves.

In the Instagram post of Joe Berlinger, you can see James Hetfield playing the role as Bob Hayward in a police interrogation room where Bundy is about to be interviewed.

“A special day on the set of our little Bundy movie starring Zac Efron and Lily J. Collins … Metallica is in the house as James Hetfield papa_het_ plays Officer Bob Hayward in the metal god ‘s first dramatic role clean cut. Having one of my musical heroes in our film is pretty damn awesome.”

Berlinger personally invited James to play a role in his film as they have known each other very well and have worked together. Berlinger, co-directed and co-produced the Metallica’s documentary ‘Some Kind of Monster’ in 2004 and wrote the later book ‘Metallica: This Monster Live.’

“Having spent hundreds of hours behind the scenes with James and the rest of Metallica I have experienced his charisma and powerful presence close up, Berlinger shared, It seemed only natural that he would bring that same power and magnetism to a dramatic role so when he agreed to my pitch that he be in the movie I was thrilled.”

As of now, ‘Extremely Wicked, Shockingly Evil’ release date hasn’t been announced yet.

Check for more details in the video below: