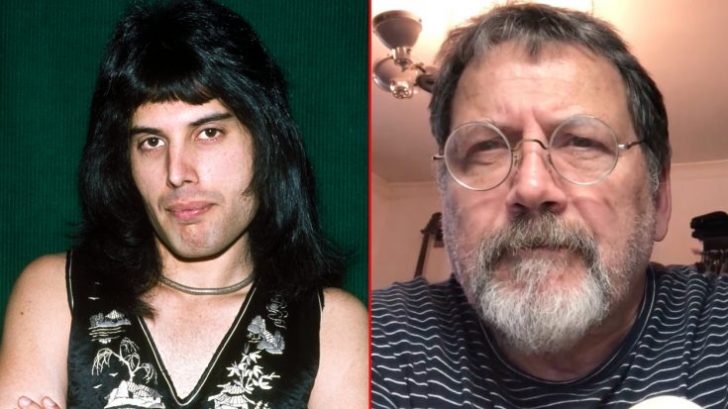 If you haven’t already, I highly recommend that you go see the critically acclaimed Freddie Mercury biopic ‘Bohemian Rhapsody’. If you’ve seen it, you’ll know just how much of an emotional roller coaster the movie is from start to finish. The movie does a brilliant job of telling the remarkable story of not only Freddie Mercury, but also the entire band, even from their very genesis.

In this film, we get a brief look at Queen’s very first singer singer/bassist Tim Staffell portrayed by Jack Roth. In the film, he quits shortly after a less-than-stellar gig in a pub. He sites his reasons for quitting the band as seeing it not go anywhere, making it one of the more baffling decisions that any musician could ever make.

However, Staffell has remained grateful throughout the years and remains very good friends with Brian May and Roger Taylor. That being said, he has admitted to being envious of the band’s success, or more specifically he says, “I was desperately envious”.

“I was desperately envious. The only thing I’d say in my defense is that I was never destructively jealous. But by God I was envious. He used to say, ‘Some day I’m going to be a superstar,’ and everybody used to say, ‘Yeah, sure you are, Freddie.’ He was a civilized guy, not rough round the edges. I never ever saw him swear or say a bad word at anybody. Some people’s egotism is offensive, but not with Freddie. He was always a lovely, lovely guy. There was none of that avarice for fame.”

Here’s a question. Would you be as gracious and as humble as Staffell is if you were in his position? I certainly don’t think I could be, but that’s just me. It’s so refreshing to hear just how great his perspective is on the band even after all of these years. What a guy!