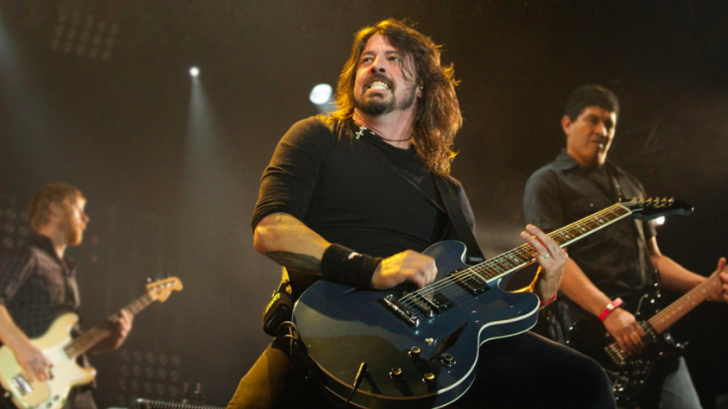 The performance started with Grohl casually introducing keyboardist Rami Jaffee as he was playing the familiar opening chords to John Lennon’s timeless 1971 classic hit. The audience sure was taken by surprise when instead of singing a cover of “Imagine” Grohl proceeds to whip out some classic Van Halen.

After the concert, the band posted a video of their rehearsal of the mash-up which was originally done by DJ Mighty Mike who put the two hit tracks together in 2010.

“Woodshedding for the summer tour has never felt so good. See you out there (I’ll learn the words by then, I swear).

“Thanks to Mighty Mike for the inspirado. Oh, and Halen and Lennon, too.”

DJ Mighty Mike was quick to give the love back on Facebook by reposting the clip and saying,

“Dave Grohl and the Foo Fighters just covered my 2010 mashup between Lennon and Van Halen and they thank me in the credits! Now I can die peacefully!”

Watch the awesome mash-up below: