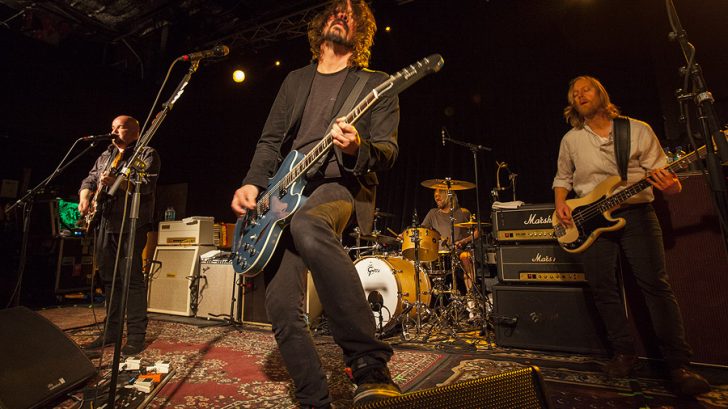 Wouldn’t This Be Epic?

There was a recent announcement before that Maroon 5 will play the Super Bowl LIII Halftime show held in Atlanta in February, which led to speculations that some other rock acts would perform the prestigious event. One of the big names who always gets thrown around each year is Metallica supported by their dedicated fans, but instead, the producers of the show would rather choose something else, and it’s always the pop acts doing the halftime show.

In a recent interview with Los Angeles ration station KRQO, Foo Fighters frontman Dave Grohl and drummer Taylor Hawkins confirm that they have been approached by the producers about playing the Super Bowl, but they never actually received any official offer.

“We’re like, ‘Oh my god, I think we’re gonna do the Super Bowl!’ And then it’ll be Madonna or Katy Perry or someone like that.”

Grohl also added that the reason why the band’s shot at doing the Superbowl has been disrupted was that of him.

“I actually got really hammered at the party in France once, and got to meet the dude that does the Super Bowl thing,”

“Not to be negative on Maroon 5, but [the Super Bowl] always seems to be the final chapter in your career.” Grohl concludes, “We’re just trying to come up with excuses why we haven’t done it.”

While we won’t be seeing them anytime soon at the Super Bowl, they will be headlining a show at Cal Jam in San Bernardino, California this coming October 6, and they will perform alongside with Garbage, Greta Van Fleet and more.

Foo Fighters will have an all-out tour next month in North America.

Posted by The World Famous KROQ on Sunday, September 23, 2018