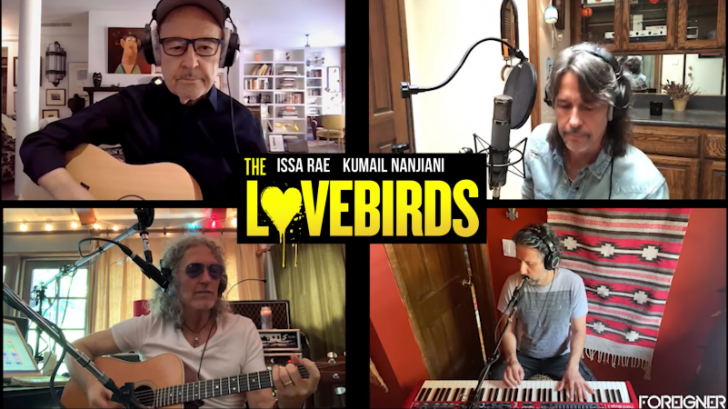 Foreigner streams their new lockdown version of their 1984 hit, “I Want To Know What Love Is.”

The band’s “Agent Provocateur” was featured in the trailer for the recent Netflix film, “The Lovebirds,” they’ve decided to record the song, Mick Jones, Kelly Hansen, Michael Bluestein, and Bruce Watson performed “I Want To Know What Love Is” via Zoom from their respective homes.

The new romantic comedy Netflix movie was directed by Michael Showalter, starring Issa Rae, Kumail Nanjiani, and Paul Sparks — tells a story of when the two lovers “in the fast lane to splitsville accidentally careens into murder and they take off on a wild race to find the killer and clear their names.”

The Foreigner quarantine performance was released on May 22, the same day The Lovebirds debuts on Netflix.

“I Want To Know What Love Is” peaked at No. 1 spot on the Billboard Hot 100 and in eight countries when it was released.