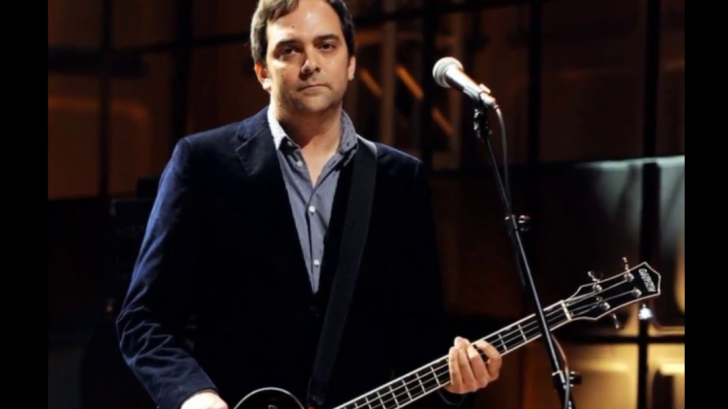 Co-founder of Fountains of Wayne Adam Schlesinger passed away at 52 following complications the COVID-19.

Adam was hospitalized earlier this week after contracting the virus. He was put on a ventilator in the hopes of him battling the pandemic disease. Variety reports, the musician died last Wednesday morning (Apr. 1)

Adam Schlesinger co-founded Fountains of Wayne with Chris Collingwood in 1995 and released their debut self-titled album a year later that led them to hit the spotlights.

Schlesinger was also known for penning the titled track for the 1996 Tom Hanks film That Thing You Do which led him to earn the Oscar and Golden Globe nominations.

As the news of Schlesinger’s began to spread, well-known celebrities shared their condolences via social media sending their thoughts and prayers for the musician.

Rick Springfield described Schlesinger as a “talented man” with a “brilliant gift for melody.” Jimmy Kimmel recalled working with Schlesinger on the theme to his Comedy Central show Crank Yankers. While Stephen King called the musician as a “witty and satiric songwriter.”

There would be no Playtone without Adam Schlesinger, without his That Thing You Do! He was a One-der. Lost him to Covid-19. Terribly sad today. Hanx

Adam Schlesinger was one talented man and the world will be a less tuneful place without him. I wrote a few songs with him when I was living in New York and he had a brilliant gift for melody. ♥️Love and healing to his family #AdamSchlesinger pic.twitter.com/EPBaIj6J4r

I am very sorry to hear the terrible news about Adam Schlesinger. I had the pleasure of working with Adam when he wrote the theme to Crank Yankers. He was a kind and super-talented man who will be missed. Sending love to his family, friends and fans.

RIP Adam Schlesinger (Fountains of Wayne), fine singer, witty and satiric songwriter. How terrible to lose him at 52 to this virus.

Was honored to work with Adam Schlesinger on the Billboard Music Awards. A true legend and gentleman. My sincere condolences go to his family at this difficult time. ❤️?

I was a huge Fountains of Wayne fan, and I just found out about the passing of Adam Schlesinger. Heartbreaking.

adam schlesinger took pop music writing to its classiest and most untouchable place. an honor to live at the same time he made his work.

Raising my head above water to say that I’m grieving Adam Schlesinger. I know so many people who knew him much better than I did, and I’m grieving for them as well. Love to you all in trying times.

Oh god. Adam Schlesinger was wildly talented. He graciously wrote the theme song to my “KATHY” talk show called “I’ll say it” He was so patient with me as I was recording it in the booth, guiding me at every step. He did the gig as a favor, in a little home studio on a Saturday? https://t.co/SpTdcoBIco

I am grasping for the right words. My dear friend Adam Schlesinger has passed away from COVID-19. You know him best through his music. From his band @fountainsofwayn to the countless movies and tv shows he scored, most recently My Crazy Ex Girlfriend (cont’d) pic.twitter.com/to8H4IoLtj

For those of you who know my life as a songwriter- Adam Schlesinger’s career was always a big source of inspiration for me. He had a lyrical cheekiness that was only matched by his expert understanding of form, and was always able to fuse the two in a really fun, accessible way..

Shit so sorry to hear this. Fuck U Covid, RIP Adam Schlesinger. Love and prayers to his family. Thank U for the songs.