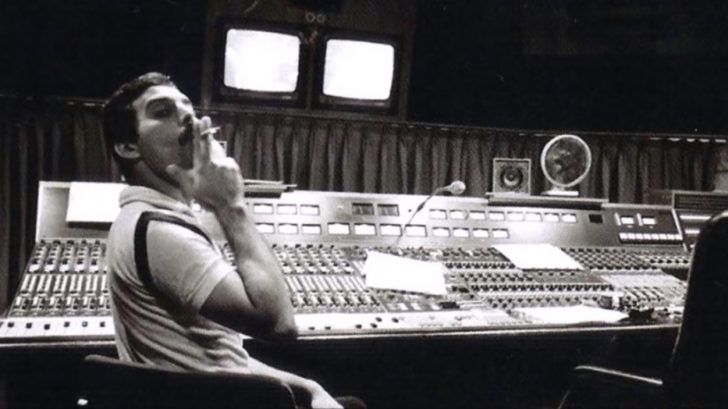 The Sweetest Rock Star Who Ever Lived

There are a lot of things about Freddie Mercury that set him separately from other rock stars. His voice was one factor; the style and the way he sings was nothing like anything we’ve ever heard before. He even had such a wide range of vocals. He could sing effortlessly.

Freddie had such a huge personality every time he’s on stage, and every time he performs you just can’t take your eyes and ears off of him. Freddie was the only one capable of performing in such a way that it felt as if he was flirting with everyone and can make you fall for him when you listen to him sing his songs. It doesn’t even matter if you’re listening to a record or had seen him live, it’s the same RESULT. He played his music not for him alone but for his audiences too. Freddie Mercury was unquestionably one of the greatest frontmen rock has ever witnessed.

In the video below, Fine Arts talked about the voice of Freddie Mercury and his last ever recording in the studio.

“We all knew there wasn’t much time left,” says Brian May, the Queen guitarist who was at that session in May 1991.

“Freddie wanted his life to be as normal as possible. He obviously was in a lot of pain and discomfort. For him, the studio was an oasis, a place where life was just the same as it always had been. He loved making music, he lived for it.”

Mother Love was Freddie’s last song he recorded. The lyrics were co-written by him and Brian May. Mother Love was a song were Mercury seems to admit his inner pains and struggles of dealing with AIDS that was eating him alive at those times.

Mother Love last verse was written and sung by Brian May himself a couple of years after our beloved Mercury left this world in November 1991.