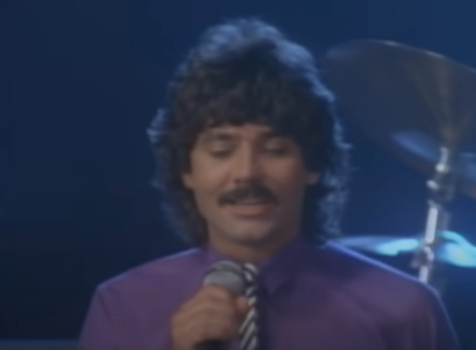 Key band within psychedelia and acid rock that sounded in the Californian area of ​​San Francisco during the final part of the 60s.

The Jefferson Airplanes led the vital positions of hippies, established in their combative and critical ideological manifestos in their lyrics against the usual patterns of American social behavior, and raised the flag of a youth fed up with a political context with which they did not feel identified.

The idea of ​​forming the Jefferson Airplane (name derived from the blues player Blind Lemon Jefferson) came from Marty Balin (born January 30, 1942), a singer with a delicate vocal who had been in the group The Town Criers and who his attachment to folk music had led him to share friendship with guitarist Paul Kantner (born March 17, 1941).

Spence had unsuccessfully tried to join the group Quicksilver Messenger Service as a guitarist.

After participating in the first Jefferson Airplane album, he left the group to found Moby Grape.

That first album was titled “Takes Off” (1966), a work they released after signing with RCA and achieving a significant popular following thanks to their live performances at Club Matrix, owned by Marty Balin.

This debut album is a Balin-dominated folk rock-based LP that went largely unnoticed by the general public, though it did chart at number 128.

Following its release, Spence left the group, as did vocalist Signe Anderson, who was replaced by Grace Slick (born October 30, 1939), a former Great Society member.

The place on drums was taken by Spencer Dryden (born April 7, 1938), a former member of The Ashes.

Slick’s debut with the band was the pivotal “Surrealistic Pillow” (1967), probably Jefferson Airplane’s most famous work, which became a hit single thanks to two compositions Grace had written during her Great Society days, “Somebody To Love ” (number 5) and “White Rabbit” (number 8).

This album, with other songs like “Today”, “She Has Funny Cars” or “My Best Friend”, embraced psychedelic textures without losing folk-rock bases, becoming one of the most classic works of the lysergic period with its subjects on drugs and sexual hedonism.

The splendid voice of Grace Slick and the most complex and mature compositions led them to occupy privileged positions in the American box office, managing to reach number 3 on Billboard.

1967 was a great year for the band, as they triumphed at the Monterrey Festival and released a second album that further accentuated their psychedelic character, “After Bathing At Baxter’s” (1967), an experimental LP that was less commercial than the previous one (it still reached position 17) and less important as a whole, but by no means negligible, as it contains great songs like “The Ballad Of You, Me And Pooney”, “Martha”, “Rejoyce”, “Two Heads” or “Watch Her Ride ”.

“Crown Of Creation” (1968) was another excellent work that took them to number 6 on the sales charts.

In addition to the singles “Greasy Heart” and “Lather”, “Crown Of Creation” contains the song “Triad”, a piece written by David Crosby for the Byrds that they did not include on any of their albums at the time (although now it may be heard on the bonus tracks of the “Notorious Byrd Brothers” reissue).

After the direct “Bless It’s Pointed Little Head” (1969), Jefferson Airplane released another of his important LPs, “Volunteers” (1969), a highly politicized album with the Vietnam War hovering in the air.

The album is a wonderful work that included the participation of the famous pianist and well-known session musician Nicky Hopkins.

The combative lyrics of the album, which provoked clashes with the RCA bigwigs, did not ultimately undermine the potential of the work, which managed to rise to number 13 on the sales charts.

Their performances at Woodstock and Altamont capped a socially and culturally revolutionary decade in which the group took an active part.

Around this time, Jorma Kaukonen and Jack Cassidy formed a side group they called Hot Tuna.

The departure of drummer Spencer Dryden, who was replaced by Joey Covington (a partner of Kaukonen and Casady in Hot Tuna), and the arrival of violinist Papa John Creach brought new life to the group, which unfortunately did not achieve the achievements of past glories.

Paul Kantner and Grace Slick, who were a romantic couple and who had a daughter in 1971 whom they called China, gradually lost interest in the band as a whole, while Marty Balin left the group and the couple Kaukonen and Casady became more involved. in the aforementioned Hot Tuna project.

Kantner published the album “Blows Against The Empire” (1970) under the name of Paul Kantner and the Jefferson Starship, a work that reported estimable sales and acceptable critical results.

“Bark” (1971), “Long John Silver” (1972), an album with songs like “Milk Train” or “Twilight Double Leader”, and the direct “Thirty Seconds Over Winterland” (1973), opened with “Have You Seen The Saucers”, were medium to small LPs released on their own Grunt label.

The disillusionment of the group and these mellifluous works caused the final separation of Jefferson Airplane.

Drums were played on the second album by former Turtles member John Barbata, who had joined the group after Covington left.

Another addition was singer David Freiberg, a former member of Quicksilver Messenger Service.

Later entrances and departures in the band and the change of name to Jefferson Starship continued the path of a group that was already far from the first and essential Jefferson Airplane, who reunited in 1989 to record a self-titled album and tour again although with little impact.

In 1996 they were elected to the Rock And Roll Hall Of Fame, inducted by Mickey Hart and Phil Lesh, two members of the band’s friend group, the Grateful Dead.

On January 11, 2015, Spencer Dryden died after suffering from colon cancer.

Paul Kantner passed away on the same day and year as Signe, also at the age of 74.