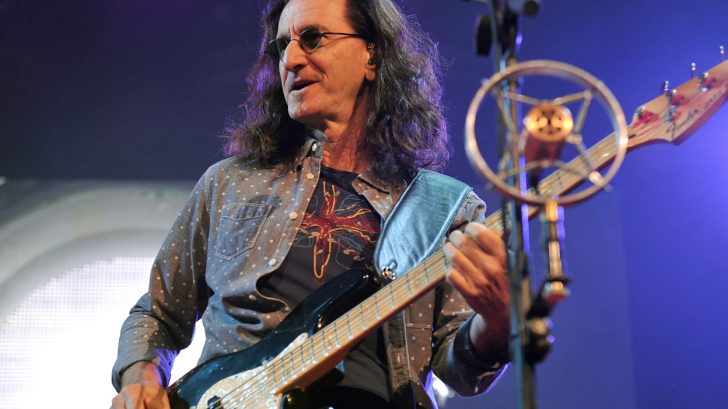 It’s been well over 3 years since Rush played their final concert, and still Geddy Lee can’t forget what a ‘difficult night’ the band’s final gig was.

Lee, 65, sat down for an interview with SiriusXM’s Trunk Nation in which he talked to host Eddie Trunk about the August 1, 2015 gig at Inglewood, California’s Forum and everything thereafter. He shared that bandmates Neil Peart and Alex Lifeson were in pain as the end of the tour approached, but the rigors of putting his entire body into every performance took the biggest toll on Peart, who Lee revealed has officially retired from drumming altogether.

“[The] last gig was a difficult night. But what you’re talking about is really what was going through Neil’s mind. He was struggling throughout that tour to play at his peak, because of physical ailments and other things that were going on with him,” recalled Lee. “He’s a perfectionist, and he didn’t want to go out and do anything less than what people expected of him. That’s what drove him his whole career, and that’s the way he wanted to go out, and I totally respect that.”

Guitarist Alex Lifeson, who suffers from psoriatic arthritis, was also having a difficult time during R40. As many fans remember, Rush concerts stretched upwards of 3 hours – a mighty long time if you’re already in pain and committed to giving the crowd the best performance you can give. For a guitarist like Lifeson, the 3-hour concerts were proving to be too much for his hands and was having a “difficult time” on that tour, according to Geddy.

Still, there’s not a single thing Geddy Lee would change about Rush’s final concert. If anything, he’s more bummed about the fact that more fans didn’t get to catch Rush one last time – but he knows that at the end of the day, the decision to end the tour with an exclamation point was the best thing for the band’s legacy.

“I would like to have had the rest of the world that couldn’t come to those cities experience that,” says Lee. “And that’s really the only regret I have – that we couldn’t do more shows. But in hindsight now, and with the benefit of time, I’m very happy with the way it went down. It just didn’t sit right for me to do a farewell tour and try to capitalize on that word. It just didn’t work for me. … It wasn’t the easiest thing to pull off, but I feel good about our body of work, and I feel good about the way it ended.”

Rush may not be touring and Neil Peart may be retired from drumming, but Canada’s finest are still the best of friends and hang out together as often as time allows (“Alex lives very near to me, so we’re constantly going out to dinner, ’cause he loves to drink everything in my wine cellar.”). Maybe we’ll see them together again in the future even if it doesn’t have anything to do with music, but for now, I think it’s safe to say that this is yet another exclamation point on Rush’s glowing legacy.