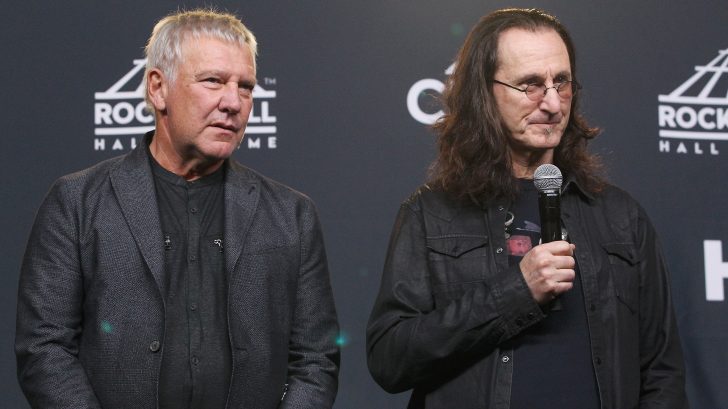 We all know that Rush is already retired but that doesn’t mean that its members are. And that is exactly what Geddy Lee is trying to imply when he said that he doesn’t think he’s done playing music. Over the last two years, Lee has been preoccupied with music. One particular project he’s been busy about is amassing a collection of over 260 basses and doing interviews with the greatest bass players in the industry for his book called Big, Beautiful Book of Bass.

In a recent interview with New York’s Q104.3 Jim Kerr Rock and Roll Morning Show, Lee revealed that he and his former Rush bandmate and friend Alex Lifeson has something up in the works but says he’s still not sure what that next project will be. Though he is confident that he and Lifeson will work together again, he emphasizes that Rush drummer Neil Peart is definitely “retired”. He shares,

“The idea of seeing Neil, Alex and myself on stage or on record together is not realistic,” Lee says. “We’re still good friends and we talk all the time. We’ve all been together quite recently having a good dinner together, but that part of our life, we’ve moved on from that.”

Ok.. so backstage at the RRHOF I took some time to totally geek out with Steve Howe's awesome guitars .. and I was handed this one! THE Gibson ES-345 he used to record Close to the Edge…replete with his own mods…..whaaat? so effin cool!… #SteveHowe #ClosetotheEdge #GibsonES345 #areyoukiddinme ? #vintageguitar #yes #rrhof #tbt