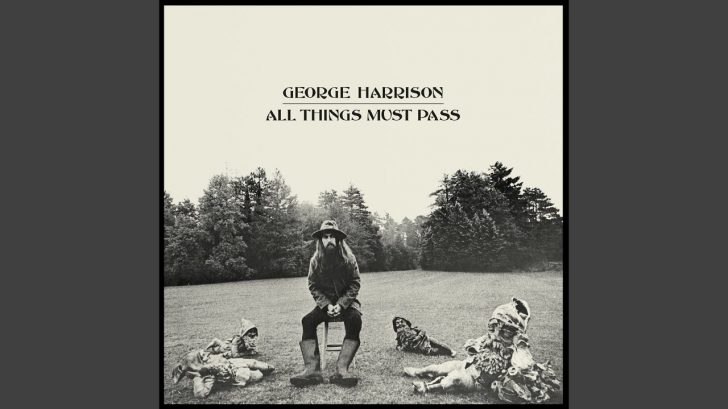 Pre-rolled joints, rolling papers, and a rolling tray are among the items in the set, which also include posters, buttons, pins, matches, and stickers. There’s also a special Dad Stash variant that cloaks the joint package like a double cassette box from All Things Must Pass. All Things Must Grass is cooperation with Harrison’s estate, and this is the first time any of the Beatles has partnered with a cannabis company.

Dad Grass stated in a statement released that the joints are made from a blend of pure CBD and CBG hemp:

“This peaceful balance of the two most enlightening cannabinoids, CBD for physical harmony and CBG for mental clarity, serves as an ode to George’s mystic blend of cultures, styles and times.”

“We tend to shy away from the high test blow-your-mind weed that kids are into today,” said Ben Starmer, cofounder and CEO of Dad Grass. “For this project, we set out to create a mellower kind of joint, something that blended together the type of high quality, low potency and all-natural flower that was around when George was ‘having a laugh’ back in the early ’70s. Just a classic smoke for a classic bloke.”

The Beatles were well-known marijuana supporters, often consuming the plant in the 1960s and well beyond. It’s unclear when they were initially introduced to cannabis; some say sometime during their early stages in Hamburg, while others say it was when Bob Dylan handed them their first joint.

The All Things Must Grass set is now purchasable in all 50 states and is nationally legal.