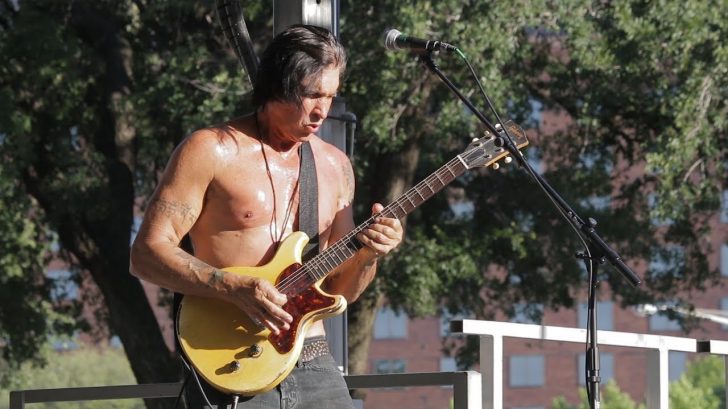 In his interview in the show Waste Some Time With Jason Green, Dokken guitarist George Lynch shares his criticism and issue regarding rock legends in classic rock. He is quoted saying:

“I think about any of these legacy bands like Whitesnake, Judas Priest. All along the past years, I’ve had little incidents of opportunities or discussions of being in other bands.

“But what I never got was why these guys would want to go with a newer cat. ‘Yeah, you’re shredder and all this, you can do all that and play over the top and play 19 fingers and billions of notes…’

“But if you’re a classic, legacy, blues-based, hard rock band, that’s what you want, you want that guy. And whether it’s me or somebody else, I don’t understand why these older cats go for the young guys.

“It’s just very disingenuine to me. Like Ozzy, or Ronnie James Dio hiring an 18-year old guitar player, and he’s like 70 – that doesn’t make any sense.

“That’s the thing. If you’re Bon Jovi – I’m speculating, nothing about Bon Jovi’s business, but I’m sure Richie Sambora was getting a giant percentage as a founding member versus whoever they could hire.

“I mean, paying 10k a week, that’s nothing compared to what a founding member is getting off a band that’s making those guarantees.”

I mean, we get what he means by it. On the other hand, we think these legendary rock icons hire younger members for the fact that younger members might be better to deal or tour with. Imagine you’re already 70 with a music career and you get another dude who’s 65 and he can’t go to tour due to health limitations. We ain’t hating but George Lynch needs more perspective. What do you think?

See how Ozzy gets it on with younger artist in the video below: