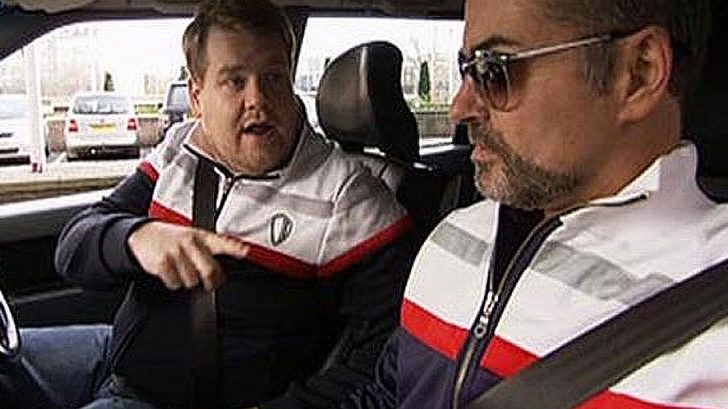 Where It All Began

Every week, we rush to tune in to The Late Late Show With James Corden to see the latest installment of the late night host’s most loved segment, Carpool Karaoke. A highly popular fixture in the world of late night tv, Carpool Karaoke’s success  – due in part to the segment’s ever growing list of A list celebrities and music icons gracing the passenger seat – couldn’t have been possible without the help of late pop star George Michael, who helped bring the segment to life in 2011.

Why We Love ‘Carpool Karaoke’

Michael, who died Christmas Day at the age of 53, was the first celebrity to appear with Corden as part of a “Carpool Karaoke” sketch, first airing on the BBC in 2011 as part of a show to benefit Britain’s Comic Relief charity. The pair drove around laughing and making jokes at each others’ expense in between belted out lyrics to their favorite Wham! classics, setting the tone for the clever, fiercely fun television segment that would catapult Corden into fame just a short time later.

As we mourn George’s passing, join us in looking back on one of his funniest, most loved moments by reliving the magic he helped create with the very first edition of Carpool Karaoke. Rest in peace, George.