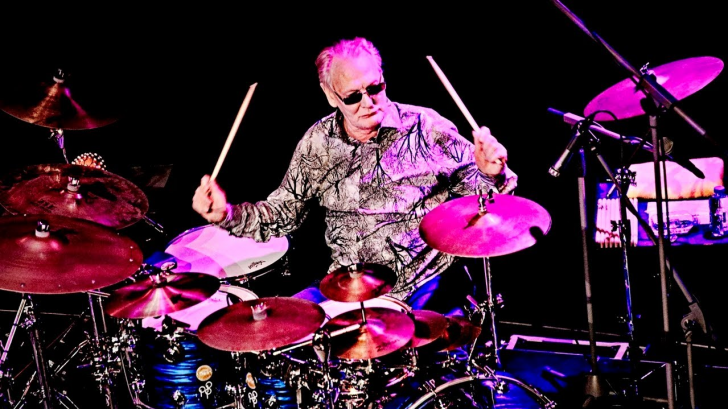 Ginger Baker’s family announced that he was “holding his own” in the hospital battling his critical condition.

The family announced that the 80-year-old Cream drummer was sent to the hospital for medical attention, and have asked his fans “keep him in your prayers tonight.”

They Twitted last Sept. 29, “Ginger is holding his own. … Thank you for all your good wishes. He is receiving visits from close family and very special friends.”

UPDATE! Ginger is holding his own & thank you for all your good wishes. He is receiving visits from close family & very special friends.

Before doing the performance he released a short video message proving that people wrong and that he can still play.

Baker regarding his poor health told Classic Rock in August during a short interview, “I have a problem with my lower back, and it gets worse the more I play. It’s painful to drum. I have a terrible problem with my right knee [and] it sometimes becomes difficult to play. I’ve got a big problem with my wrists. My doctor said it’s arthritis, and there ain’t nothing much you can do about it. It’s just pain.”

And when asked if he’d play no more, he replied, “Hard to say, really. But if I’m doing a gig and I’m getting paid for it, then I’m going to do the best I can.”