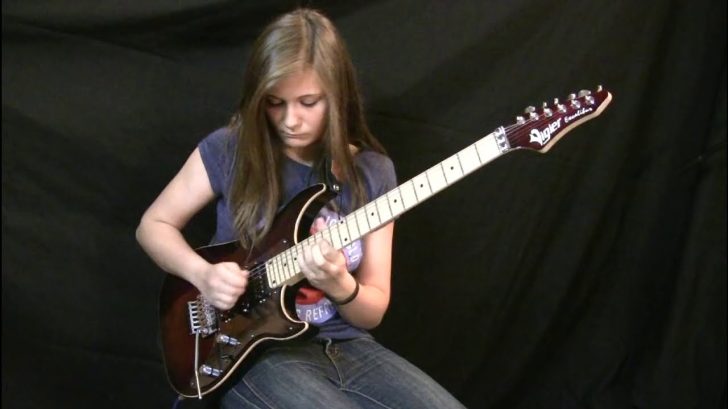 For a guitarist, listening to Eddie Van Halen, who died at 65 from throat cancer, can be fascinating and frustrating at the same time.

His creativity reached beautiful levels, but unattainable for most mortals, and hence he is placed very, very close to Hendrix on the rock ax podium.

If you follow his career in chronological order, his first hit came with “Eruption,” the second track from his 1978 self-titled debut album.

And a YouTuber called Tina S attempted to cover the watershed in the history of the guitar: “Eruption”.

With the song, Eruption we found “outside” notes, which returned to the key to flee from it again, bendings tuned to the limit, notes with artificial harmonics that made the instrument squeal, tremolo melodies with an alternate pick never seen before, dive lever bombs, palm mute on lead guitar, and of course, tapping. And the fact is that the famous tapping line at the end of Eruption, today trite and crushed to satiety (although hardly imitable in timbre and tone) – this was still a masterful cover by this young guitarist.