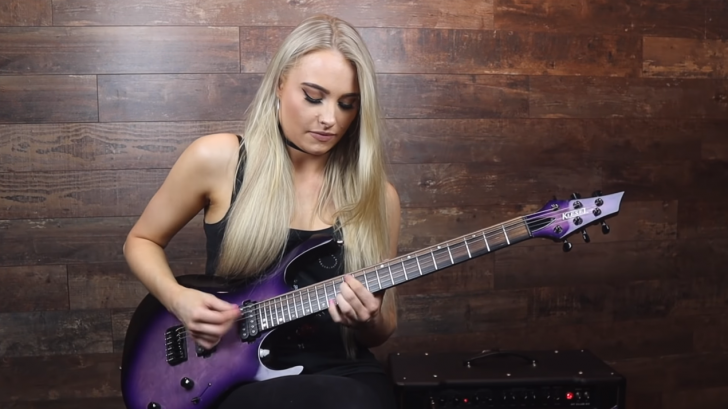 The video below showcased Sophie shredding over Bon Jovi’s Living On A Prayer. Sophie is known as a Rock and Metal guitarist who is resided in London. She is a known guitarist who showcases an exciting and innovative sound with a combination of catchy compositions.

She showed her incredible talent and passion for her instrument with the cover of Bon Jovi’s classic hit.

“As a record producer of such artists as Cat Stevens and Manfred Mann, and more importantly having had Jimmy Page and Albert Lee in my early 60s band, I am uniquely placed to know an excellent guitarist when I hear one ! Sophie is one of them. She has really fast hands and has worked her socks off for years to get where she is today. She will make it I am sure, and that’s what I want to see” – Mike Hurst, The Springfields.

What you’re about to watch below is something you will like far even more than the original version. It sounds so good, and something you’d definitely pay to see. Keep going for the video below: