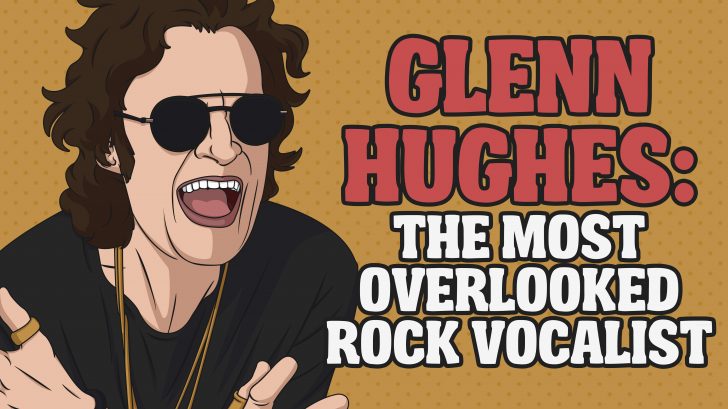 The Man Who Crushes Every Time!

Especially earning the title as “The Voice of Rock.”

The main focus of this article is showing people why the voice of rock is the most overlooked rock vocalist. Here we will show some of the big songs Glenn Hughes got himself involved with before moving to his drug addiction period in the nineties.

The best version of this was the vocal duo of Coverdale and Hughes. Some people back then never knew that David Coverdale was in Deep Purple. And some morons only knew Deep Purple because of “Smoke On The Water.”

During those time, Hughes seems to have a great voice than David, and it bothers me why Deep Purple didn’t just make him the lead singer. Only a few musicians can sing while playing the bass and be incredible at it the same time.

However, Burn was the very first introduction why, Glenn Hughes, was an amazing musician and vocalist!

Richie Blackmore, David Coverdale, Glenn Hughes, Jon Lord and Ian Paice were the ones who got credited for this masterpiece. The performances of the five are top notch, and it showcased all of their skills.

But did you know that Glenn Hughes had his own version of the song? It appeared on his solo album called “From Now On..,” as a bonus track.

Written by Glenn Hughes and Eric Bojfeldt.  This song also appeared on Hughes’ solo album “From Now On…”

I don’t know why this song never became a huge hit. Grunge just takes over and ruled the charts at the time. The AOR feel of this song is absolutely mind-blowing.

Glenn Hughes just showed people how incredible of a vocalist he is. Made good music just by using the sweet voice of God.

The song is undeniably great and makes you love Hughes even more.

If you haven’t heard this song, then you should now. Go on play the music provided above.

The opening track for Manfred Ehlert album  “Amen,” This song was just perfect and made it even more perfect with Glenn’s vocal performance.  Well, of course, Glenn can make everything sound perfect!

Nothing much more to say about this song. You should just have to listen to it on your own and be mind-blown.

“Lay My Body Down”

Written by Glenn Hughes with the help of guitar virtuoso Thomas Larsson. And it also appeared on his solo album “From Now On…”  and was released in 1994.

It seems like there’s nothing you can thrash out on his solo album, everything just turned out great!

From the solo album of John Norum “Face The Truth.”

You know what amazes me with this one? — The song was written by incredible musicians– The writers were: Glenn Hughes, John Norum, and Peter Baltes, The final touch was done by John Norum with Don Dokken.

You see. Glenn Hughes was not just your ordinary rock star or musician. He did incredible things and formed many relationships. Music is the universal language that can help us in our walks of life. And the greatest ambassador was Glenn Hughes himself. Not only as the most overlooked vocalist but the most underappreciated musician.

Check out some of his latest works below. Glenn got better over the years. — The very reason why we should appreciate him more than the other rock legends. He is still The Voice Of Rock!