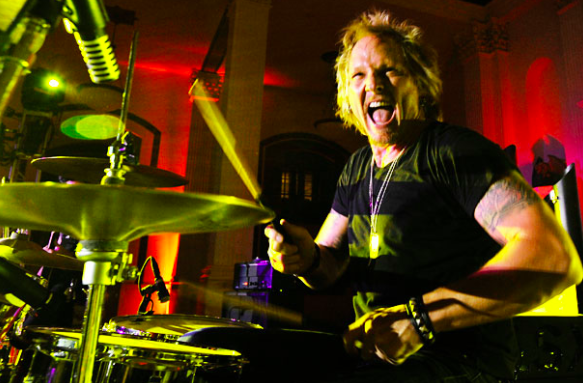 The former drummer of Guns N’ Roses. Velvet Revolver, The Cult, and Kings of Chaos has launched a platform that allows both artists and fans to share and monetize artistic talent from anywhere in the world. This new platform is called Artbit and Sorum has created the website help struggling artists who share their talent without compensation. Artbit helps the artist with exposure, giving them business management tools, while protecting their intellectual property.

“Before I had any recognition as a musician, I was roaming back alleys in Hollywood, playing any gig I could get, sleeping on couches and surviving off Top Ramen… Today, getting recognition is easier, but getting paid is even harder. With Artbit, we’re giving power back to the fans to tell the world who deserves attention, and we’re giving a platform to artists to turn their dreams into a paying reality.”

The website will allow users to put on live shows and perform on “virtual stages”  while connecting with fans around the world.

These virtual stages will allow artists to fund their passions through a crypto-economy. Both fans and performers have an opportunity to be part of the shows artists put up through the site using augmented reality and gamification.