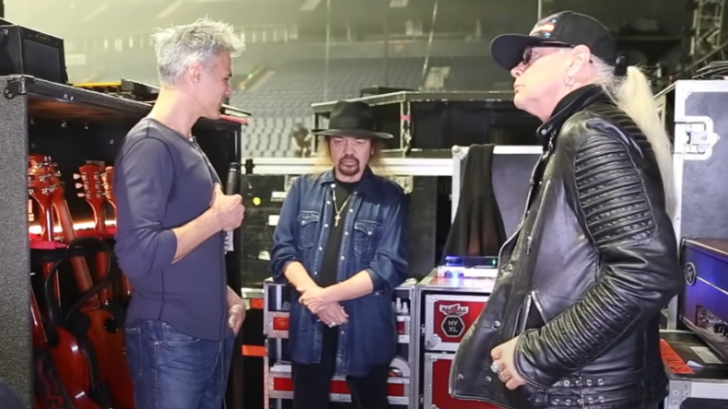 The great southern rock band Lynyrd Skynyrd suffered one of the most spectacular tragedies in rock history, just as today, just forty years ago, on October 20, 1977, the Convair CV-300 aircraft flying them to Baton Rouge in Louisiana, it collapsed at Gillsbourg, as a result of the failure of one of the engines, as well as running out of gas.

It was the accident in which the pilot, co-pilot, the group’s manager, plus brothers Steve and Cassie Gaines and singer Ronnie Van Zant died.

FREE BIRD turned out to be a hit in 1974, more than a year after it was originally released. Today, more than 40 years after Ronnie Van Zant’s death in the plane crash and more than 30 years since the death of the song’s original author, Allen Collins, FREE BIRD remains Lynyrd Skynyrd’s signature track and one of the cornerstones of classic rock. Even today, hitting the road has never felt so romantic.

Watch the video below and see the guitar rigs of the legendary band: