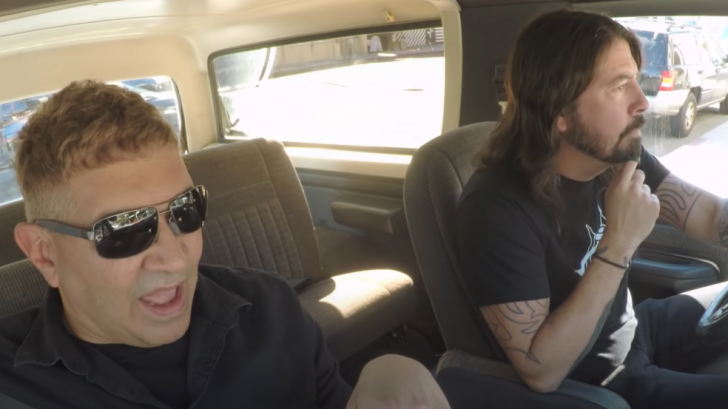 After performing The Man Who Sold The World at the non-televised GRAMMY ceremony, the members of the Foo Fighters toured Bowie’s hangouts in Los Angeles in February 2016.

Dave Grohl and Pat Smear decided to pay tribute to the late David Bowie by going beyond music, the musicians decided to go visit the places that the singer used to go in Los Angeles and leave it all documented for Playboy.

The two musicians decided to do this because of the short period Bowie lived through in the 1970s in Los Angeles and decided to look for Joan Jett who lived on the same street as Starman.

Smear shares anecdotes of how Bowie influenced him artistically, and Grohl recalls the emails he exchanged with the singer while doing the version of The Man Who Sold The World on Nirvana’s Unplugged.

On January 10, 2016, David Bowie, the legendary rock star, an aesthetic and artistic icon of the second half of the 20th century, died at the age of 69, due to cancer.