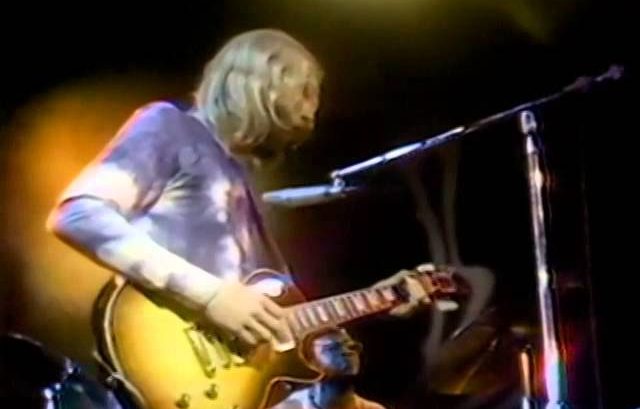 The Allman Brothers were Duane Allman and Gregg Allman, who decided to create a band in 1969 influenced by southern rock, but also jazz, blues, and classical music. Their concerts used to be long improvisations on their subjects (sometimes of more than half an hour).

At first, the Allman brothers played in a group called the Escorts, then Allman Joys, and finally Hour Glass (they released two albums that no one remembers, thankfully).

As the Allman Brothers released their first album in 1969, The Allman Brothers Band, a critical but not a public success, not used to progressive blues-jazz-rock, or whatever the Allman did. With the second album, Idlewild South (1970), they achieved a little more success, with more commercial themes, in addition to the fact that Duane was already a highly respected studio guitarist: he had just recorded Layla and Other Assorted Love Songs with Derek and the Dominos, for example.

In 1971 the live album At Fillmore East appeared, recorded as its name suggests in the mythical Fillmore East, where the group gave their best, with improvisations as great as they were endless. In this version, Whipping Post lasts 22:37, but in the end they joined it with Morning Jam, which does not appear on the album due to lack of space on the vinyl. In fact, when the concert ended it was already dawn …

“Whipping Post” is a composition by Gregg Allman, 5 minutes in the studio and 22 live (it occupies the entire last face of Live at Fillmore East). When Duane asked Gregg to join the group, he came with 22 songs under his arm, but only 2 made it through; since you don’t make a record with that, in a few days songs like this were pulled out of his sleeve. According to Gregg, he wrote it so quickly that he didn’t have time to reach for a piece of paper and had only… the ironing board close at hand!