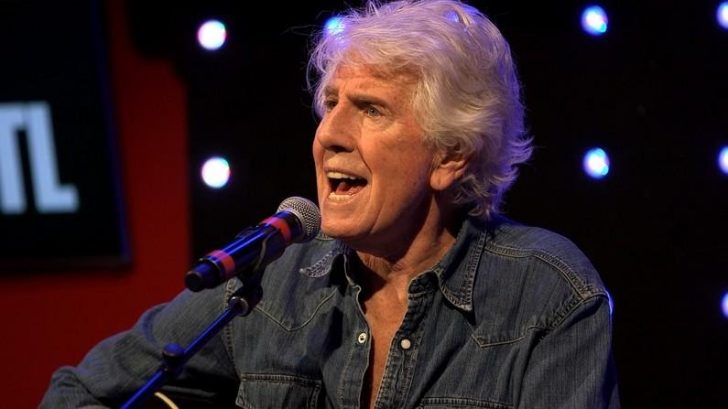 Graham Nash, the iconic vocalist, addresses mixing romanticism and wrath in his compositions, as well as a 60-year-long endeavor.

Graham Nash puts his whole heart into his work. Crosby, Stills, and Nash formed when the Lancashire-born guitarist left The Hollies to pursue a solo career in California. During the initial sabbatical of CSNY (presently accompanied by Neil Young), Nash went on a solo work that enabled his exuberant writing to bloom.

Songs For Beginners, published in May 1971, and Wild Tales, issued in 1974, recounted the consequences of his relationship with Joni Mitchell with raw, unbridled passion. When Nash moved to the United States, they had been living together for two years, and he has never been hesitant about mentioning her significant impact on his music, alongside that of his bandmates.

Graham Nash: Live, taken during his September 2019 US tour, features those two first solo records in their full extent, with the tunes’ lively appears to be taking (similar to the incorrigible fuel he exhibits in discussion with Classic Rock today) asserting that – even during the grand old age of 80 – Nash’s enthusiasm shows no indications of dying down.

When asked about his thoughts on songwriting, “There are two very contrasting themes that dominate your songs: love and anger. How do you balance this dichotomy?” he replied:

I’ve got a good balance in my life. I understand what’s going on in the world. I’m a news junkie. I do understand what’s going on. At the same time, here I am; I’m just an ordinary person, but I’ve been doing songwriting for sixty years. It’s just like a muscle: you’ve got to keep it pumped full of blood, you’ve got to keep it alive and pumping. And I try and do that with my life.

I walk out in the morning and I realise that I’m alive, and I have my camera with me, and the songs that are going on in my head, and I demand from the universe to put me in the way of magic. And it invariably happens. That’s the way I approach my life. It’s a wonder that I’m alive. I’m incredibly grateful to be a musician, and I’m getting on with my life.

Graham Nash: Live is out now on Proper Records.