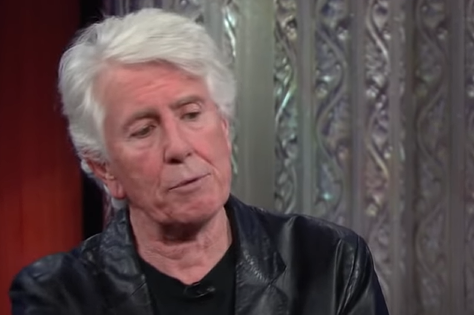 On June 25, 1967, they recorded, on Abbey Road, “All You Need Is Love” for a television show called Our World, with an estimated audience of 400 million people. It was one of the first satellite experiences. Also participating in the show were: Mick Jagger, Keith Richards, Marianne Faithfull, Eric Clapton, Keith Moon, Jane Asher, and Graham Nash.

The singer and composer Graham William Nash was born in Blackpool, Lancashire, the UK on February 2, 1942, and will go down in music history for having belonged to two historical groups that left his mark, firstly with the “Hollies” that he founded with his schoolmate Allan Clarke and who led from 1962 to mid-August 1968, being a fundamental group of the English invasion of the USA and was characterized by the sound of the guitars that Tony Hicks exchanged over the years.

Sitting for an interview with Late Night Show host, Stephen Colbert, Nash shared a story witnessing The Beatles when they were called Johnny & The Moondogs, performing in the Woodstock ’69, and the tale behind the writing of his classic hits in the video below: