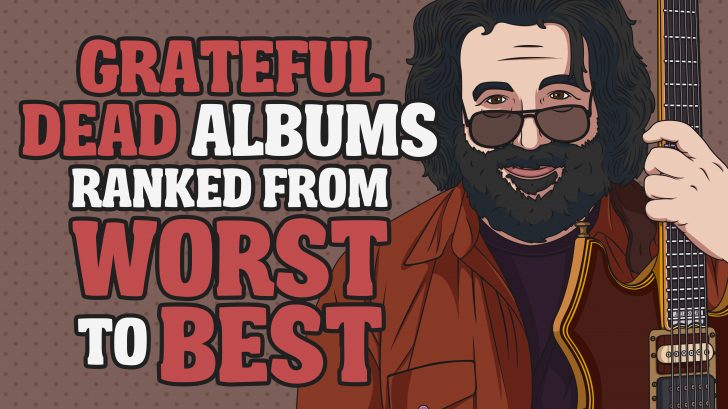 Some Hits and Misses

The Grateful Dead – you either love them with a passion you can’t even begin to describe OR you totally abhor their music, there’s no in-between. The thing is, they’re one of the few artists who sound way better live. Even their most diehard fans are well aware that the group didn’t exactly shine when it came to recording – not all the time, at least.

And basically, their finest musical moments included concerts which were immortalized through live albums (fortunately for us). It’s just somehow difficult to capture that kind of magic in the studio. Nevertheless, we still added some studio records for good measure.

It says something when even the band members themselves didn’t like the record.

While there are a few good tunes, it’s still dull.

Bob Dylan was no longer at his prime when he collaborated with the Dead. And this is basically a snoozefest.

There may be a few gems but this is still a mess.

The Dead were happy with this record and well, we kinda like it too – emphasis on “kinda”.

There are some good tracks, sure, but the band was still finding their sound and style at this point.

Some are worth listening to but mostly, it sounds like they didn’t even exert any effort in making this.

“Scarlet Begonias” is a classic but for the most part, it’s boring.

It’s rich with energy and peppered with so much magic.

Their first album in six years, Grateful Dead sounds rejuvenated here and that’s probably why they got a second shot at fame with this.

A groundbreaking album, they finally found their identity and all the experimentation clearly paid off.

It’s definitely one of their finest musical moments ever.

Going Americana, it’s one of the best albums the ’70s had to offer.

This propelled the Dead into international stardom.

From “Bertha” to “Wharf Rat,” there’s so much to love about this record.