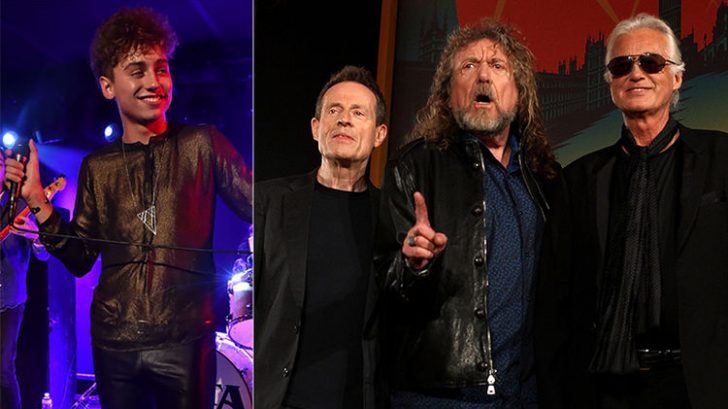 Led Zeppelin, of course, is one of our all-time favorite classic rock bands and to see these kids making music with the same style like playing into the older generation’s nostalgia, is quite impressive.

Don’t you think it’s great that the music we love is kind of on the scene again and having its moment because of these kids? But there’s something that we can’t ignore, the fact that they aren’t unique, or ground-breaking in any kind of way.

Now, recently the GVF has fired back at those who blatantly accused them of ripping off Led Zeppelin and claims the legendary band wasn’t their influence for their music.

Ever since the Michigan-based-four-piece rocker released their first studio EP “Black Smoke Rising” last year (2017), they’ve been compared to Led Zeppelin countless of times with even the iconic frontman himself, Robert Plant even commenting about the similarities.

“There’s a band in Detroit called Greta Van Fleet: they are Led Zeppelin I. Beautiful little singer, I hate him!” and he added: “He borrowed it from somebody I know very well!”

Well, it seems that these kids grew a little tired of the comparison, Jake Kiszka (guitarist) shared his thoughts with FaceCulture, “I think that we’ve become more conscious of it, because I don’t think before we ever really realized, in a lot of senses, the similarities or the commonalities that we share with that group.”

“It’s being said over and over, and I think it’s one of the greatest compliments that could ever be given to a young band like ourselves. They’re arguably one of the greatest rock bands of all time, so that is humbling and inspiring and honorable, in that sense.”

“But I think that we’ve become more conscious of the similarities, because it’s been said, and I think we’ve taken some time to go back and almost identify with it. ‘Oh, it’s interesting, because there is a lot of those commonalities.’ Even if it exactly wasn’t an overwhelming influence of ours, it still was influential and we can certainly see it. But overall, it doesn’t really affect the writing of our music.”

What do you think? Is Greta van Fleet an unoriginal, blatant, cheap rip-off of Led Zeppelin? Share your thoughts in the comment section down below.