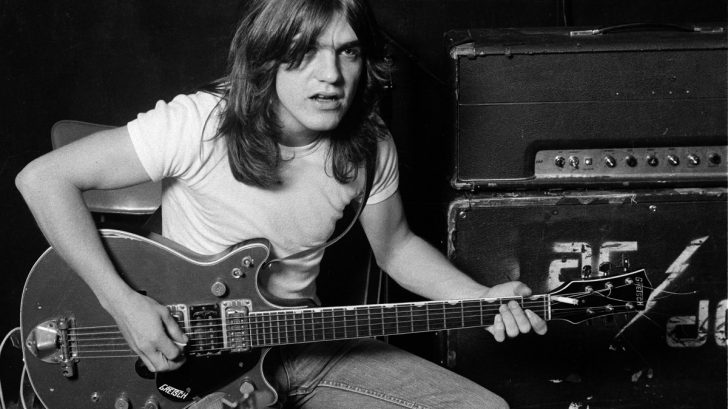 Grinding hard rock riffs, puns galore, and an amusingly tight school uniform: these are some of the elements that made AC/DC one of the most iconic rock & roll groups of the last 45 years. Songs like “Highway to Hell” and “You Shook Me All Night Long” are rock classics, and Back in Black, their 1980 LP, would be the best-selling album in history if there hadn’t been Thriller.

The secret of this success was the authenticity of the band. When they blew up in Sydney in the mid-’70s, Bon Scott, AC/DC’s original messy frontman, was singing about the band’s holy trinity: sex, booze, and rock & roll. And ever since Brian Johnson’s gruff voice took over after Scott’s death, the group has continued to worship at the same altar. “They accused us of making the same record 12 times,” Angus Young, the guitarist, once said. “But the truth is we did it 15 times.”

The best AC/DC songs include an overdose of raw, loud riffs and offensive puns, whether it’s when Scott brags about his “Big Balls” or when Young speeds down the “Highway to Hell”, releasing high-voltage bluesy solos. As a group, they are as relentless as they are laid back; no one ever wondered if AC/DC was a group that had fun.

Angus and Malcolm Young had great riffs falling out of their hands. The formula was simple and effective, based on All Right Now, but amplified to the extreme. They already had a good number of great riffs between them when in 1979 the little one, Angus, found the definitive one, the one from Highway To Hell, a kind of improvement on Problem Child, the work of Malcolm. When they heard it they knew they had a bomb on their hands, something that was confirmed when Bon Scott put the perfect lyrics to fit the spirit of a hellish riff.

In the video below, guitar maestro Paul Davis talks about the hardest riff made by AC/DC, and it’s not Highway To Hell, nor Back In Black – what do you think it is? Keep going for the video below: