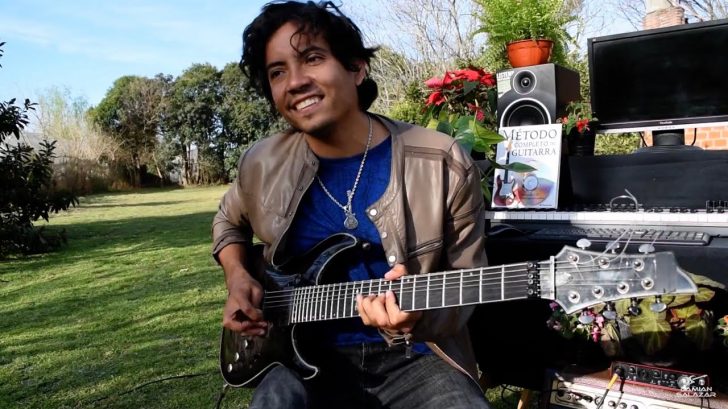 Most of the songs on “The Wall” were written by Waters, but the music on “Comfortably Numb” was written by David Gilmour, who basically did the instrumental demo during the recording of his first solo album, wanting to find later use.

Gilmour later brought his demo recordings to the “The Wall” sessions. In Gilmour’s original demo, although there were no lyrics, he sang a melody close to the final version of the chorus. But the verses were in the key of E minor (a progression of E minor, E major, C major, E minor, and E minor again), rather than B minor, as in the final version. Also, the demo did not contain the chord sequence for the final chorus line “I have become comfortably numb”. So while music is widely regarded as Gilmour’s work,

Featured with 14th place among the best guitarists in history (although limited to western musicians) by Rolling Stone magazine in 2015, Gilmour has composed some of the most memorable rock solos of the last decades and one of them is “Comfortably Numb.”

In the video below, a guitarist and a Youtuber named, Damian Salazar reimagines one of David Gilmour’s finest work, with a touch of guitar effects and few improvisation.