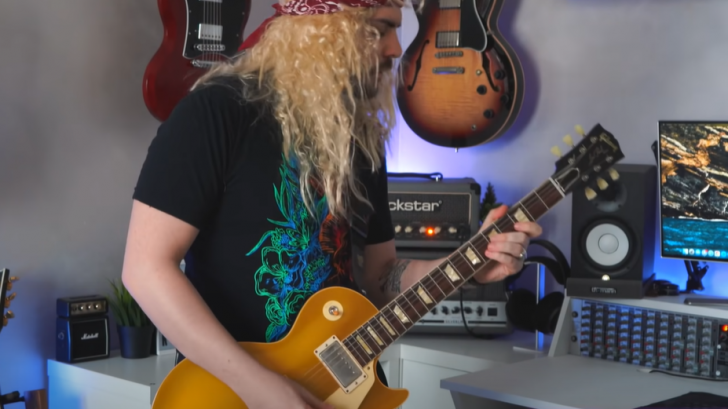 The Beatles have been the most important musical phenomenon since the sixties, they revolutionized music and put the soundtrack to a moment of social change. The band’s musical legacy, the almost unbeatable records and the full validity of their work, keep the phenomenon that the video below fully revived – reimaging The Beatles as 80s’ rock band.

The Beatles turned the music of the Liverpool band into a perfect synthesis between avant-garde and tradition due to the convergence between text and sound and, above all, thanks to the use of traditional resources such as the use of chromaticism and the secondary dominant.

In the video below – the guitarist performed some of the Beatles hits with an 80s’ rock vibe such as Metallica, Guns N’ Roses to name a few. It sounded cool, but of course, who are we kidding, The Beatles songs are already great without needing to add a twist, but sometimes it doesn’t hurt to have fun and add some little taste to the music that we love.